Gary and Cynthia Trebil, of Albert Lea, announce the engagement of their daughter, Anne Trebil, to David Bachem, son of Steve and Sue Bachem of Oshkosh, Wis. 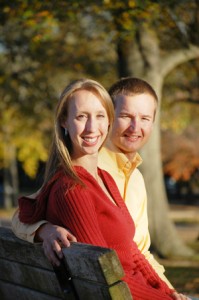 Anne is a 2004 graduate of Albert Lea High School and a 2009 graduate of the University of Wisconsin – Stevens Point with a Bachelor of Arts in arts management and a minor in dance. She is the director of marketing and public relations at the Germantown Performing Arts Centre in Germantown, Tenn.

David is a 2003 graduate of Oshkosh North, a 2005 graduate of the Fox Valley Technical College with an associate’s degree in applied science pilot training and a 2010 graduate of the University of Wisconsin — Oshkosh with a Bachelor of Liberal Studies in organizational administration. He is a pilot with Mesaba Airlines/Delta Connection.