Karen Lee Oldenkamp, 65, of Oakland, died Tuesday morning, Dec. 13, 2011, at Methodist Hospital in Rochester. Karen L. Vandersyde was born Sept. 26, 1946, in Detroit to Albert and Ellen (Lindorff) Vandersyde. She lived in Colorado, Geneva and Albert Lea, graduating from Albert Lea High School in 1965. She then attended Austin Junior College for one year. On Sept. 27, 1969, she was united in marriage to Herman Oldenkamp at Grace Lutheran Church in Albert Lea. They had three sons. After their marriage, the couple lived in Twin Lakes, and then moved to the Oakland area. Karen worked as a nursing assistant at St. John’s Lutheran Home in Albert Lea and was a member of Oakland Lutheran Church. She loved flowers, taking walks, going to grandkids’ events and being with her family. 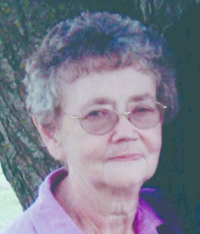 Funeral services will be held at 1:30 p.m. Saturday at Oakland Lutheran Church with the Rev. Robert Berthold officiating. Visitation will be held at the Worlein Funeral Home in Austin from 5 to 7 p.m. Friday and at the church one hour prior to the service. Interment will be in Grandview Cemetery.