ST. PAUL  — The recently resigned Minnesota Senate majority leader admitted Wednesday that she engaged in an inappropriate relationship with a staffer, saying she was deeply sorry for her “mistakes and errors in judgment.” 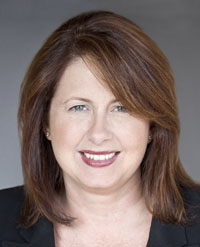 In a written statement, Sen. Amy Koch made her first public comments since stepping down from the Senate’s top post Dec. 15, a day after a group of her Republican colleagues confronted her about rumors of the relationship. Koch has said the decision to resign was hers alone.

“I have made some mistakes and errors in judgment for which I am deeply sorry by engaging in a relationship with a Senate staffer,” Koch wrote in an email to reporters. “While I have not violated any laws or Senate rules, nor misused any state funds or property, I want to express my deep regret and apologies to my constituents, the Republican party, my fellow legislators, friends and most importantly, my family.

“I regret more than words can express the hurt that I have caused to the people that I love, and to those who have worked and served with me over the past years.”

A Senate Republican spokeswoman confirmed that the email came from Koch’s personal email account. Koch did not immediately return a phone message seeking further comment, and she has not returned numerous messages left by The Associated Press in recent days.

Her statement did not address whether she intends to serve out her Senate term, which runs to the end of 2012. Last week, before word of the improper relationship surfaced, Koch said she did not intend to run for reelection in 2012.

Legislative reference materials list Koch as married with one child. The Buffalo resident represents a Wright County-area district, and she was the state Senate’s first female majority leader. Senate Republicans are scheduled to meet Tuesday to elect a replacement

“The events of recent days have been very difficult for me and those close to me,” Koch wrote. “It is important that I spend time now focusing on the challenging days ahead as I work through some very personal issues.”

Republican senators have declined to name the Senate employee involved. But the same day Senate Republicans announced that they had confronted Koch, Senate Republican leaders sent their colleagues a letter that caucus spokesman Michael Brodkorb, one of Koch’s chief aides, was no longer employed by the Senate.

Brodkorb did not immediately return a phone message left Wednesday by The Associated Press. He subsequently also left the campaign staff of state Sen. Mike Parry, who is running for Congress.

GOP caucus chief of staff Cullen Sheehan told Minnesota Public Radio News on Wednesday that on Sept. 21, he confronted the employee, whom he didn’t identify, rumored to have been involved with Koch. Sheehan said the employee confirmed the relationship, as did Koch, and he then informed Deputy Majority Leader Sen. Geoff Michel.

Sheehan did not return a phone message from the AP. He left his Senate job in November to work as a lobbyist.

When Republican leaders announced last week that they’d confronted Koch, Michel said he only recently had learned of the relationship. Michel acknowledged the timeline discrepancy Wednesday, telling the AP that he was intentionally vague to protect those who reported the improper relationship to Republican leadership.

“There’s no playbook for what you do when you learn of this kind of relationship involving the majority leader,” said Michel, who is now serving as interim majority leader.