Three local artists have collaborated to make a CD of Christmas music that they hope will get people in the Christmas spirit and raise some money for a good cause.

Angie Johnston and Sonjia Hill have been singing together for years, and with the help of Bob Tewes and his in-home recording studio, they listened to all those people who told them they should make a professional recording. The result is “Because it’s Christmas,” a collection of 14 songs. 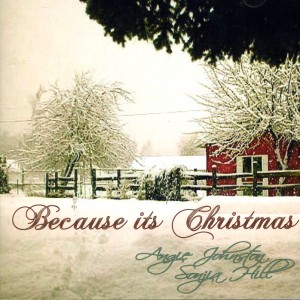 The main vocals were done by Hill and Johnston, but Hill’s mother, Georgia Molkenthin, and sister, Shelley Fitzgerald, did some singing and keyboard work on the album as well.

“Bob did all the orchestration,” Johnston said.

The three have been working on the project since March and did say that it was a bit odd singing Christmas tunes during the summer months.

“It really became a product of all of us,” Tewes said.

The three had help from a novice graphic designer and a family member’s photo to create the album cover, and used a national company that creates the discs and packaging.

“It was a learning experience,” Johnston said.

Some of the proceeds from the CD will go to the Naeve Health Care Foundation’s Beat Goes On program. They thought that would be a good cause because it’s a part of the community and because Hill’s mother has had some heart issues.

“We want to help a good cause that stays local,” Johnston said.

The CD includes songs “Little Drummer Boy,” “What Child is This?” “Silent Night,” “O Holy Night” and “The Prayer,” among others. Johnston said all the songs are special and leave the listener is a warm Christmas feeling. Hill’s favorite on the CD is “O Holy Night,” and she enjoys Tewes’ orchestration on the track.

“It’s also one of my favorite Christmas songs,” Hill said.