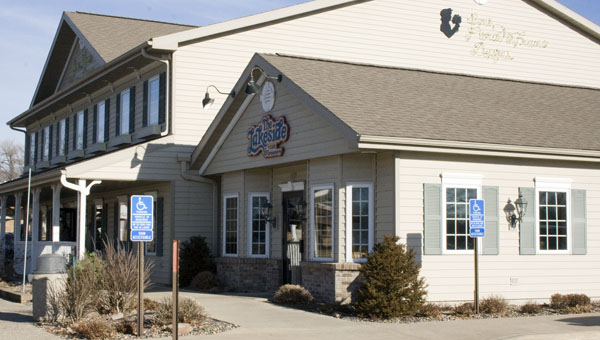 The Lakeside Cafe & Creamery owners and Maid-Rite officials are in negotiations about bringing the loose-meat ground-beef sandwiches to town. -- Sarah Stultz/Albert Lea Tribune

The owners of The Lakeside Cafe & Creamery in Albert Lea said Friday they are in negotiations with Maid-Rite officials to bring the loose-meat, ground-beef sandwiches to town for good.

Lakeside Cafe owner Steve Tubbs said Rochester Maid-Rite owner Don Sanford has been to the restaurant on several occasions and has expressed an interest in bringing the sandwiches to that location.

Sanford, who has been serving the sandwiches out of a temporary food wagon in Albert Lea since the last week in August, said in October he was convinced he was going to bring a permanent Maid-Rite location to town.

Tubbs said a corporate representative has also been to the business and approved the possibility. He is waiting to see how the details work out.

“If this was to occur, many of the things that people love about Lakeside Cafe would remain the same,” he said, noting they would keep the staff and a great majority of the menu items.

He stressed that a deal had not yet been worked out and that the two companies were still in negotiations. Talks have been ongoing since the second week in October.

More like a sloppy joe than a hamburger — minus the sauce — Maid-Rite sandwiches are ground-beef sandwiches that are mixed with a special trademark seasoning. They can be served with ketchup, mustard, onions or pickles. Cheese can also be added.

The sandwiches evoke memories of a bygone era in Albert Lea, when the company operated a franchise at 220 E. William St. from the late 1940s until the late 1960s.

The company opened its first store in Muscatine, Iowa, in 1926.