ST. PAUL — Minnesota Republican senators said Friday they confronted their majority leader about allegations of an improper relationship with an employee the night before she abruptly resigned her leadership post, the latest black eye for a party reeling from a wave of bad news. 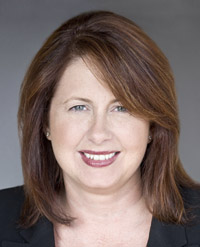 Sen. Amy Koch unexpectedly resigned as majority leader Thursday afternoon, saying she had decided not to seek reelection in 2012 and didn’t want to be a lame duck leader. Several of her GOP leadership colleagues called a State Capitol news conference Friday to say they had met with Koch on Wednesday evening to inform her about allegations circulating among GOP staffers of an apparent relationship with a male employee.

Sen. Geoff Michel, the acting majority leader, said the allegations came in the last several weeks from employees who identified the staffer as someone under Koch’s supervision. Michel said when Koch was confronted, she neither admitted nor denied the allegations but raised the possibility of her resignation.

The matter was unresolved a day later, Michel said, when Koch sent a letter to colleagues announcing her decision.

“We were nearly as surprised as all of you,” Michel told reporters at the Capitol. He and other top Republicans in the Senate said they believe Koch’s decision to step down was the correct one.

Koch, of Buffalo, did not return a phone message left Friday by The Associated Press. Legislative reference materials list her as married with one child.

Republican senators said the employee in question still works for the Senate. They would say only that he was a male staffer, saying that they could not legally identify the person. They would not say if he works for the GOP Caucus or in some other Senate department. They also would not say if the employee reported directly to Koch; all Senate employees would technically fall under the supervision of the majority leader.

Michel was joined at the meeting with Koch by Sens. David Hann of Eden Prairie, Chris Gerlach of Apple Valley and Claire Robling of Jordan. It was a painful meeting, he said. “We think of Amy Koch as our sister,” Michel said.

The senators would not say whether the employee would face any disciplinary action or whether there was evidence he received favorable treatment from Koch.

As the state Senate’s first female majority leader, Koch, 40, had been one of the main faces of the Republican Party during the weekslong budget standoff with Democratic Gov. Mark Dayton earlier this year. She won the leadership post shortly after the 2010 election, after Republicans unexpectedly seized a majority in the Senate following decades of Democratic control. Koch was given much of the credit for that shift in power after leading the effort to recruit GOP candidates.

In an interview Thursday shortly after she announced her resignation, Koch told the AP the decision to step down was hers alone and she was not pushed out. She did not hint at the allegations that came out Friday, saying the 2010 election cycle and the 2011 budget battle had been intense and exhausting and made it difficult to spend time with her high-school age daughter.

Michel and his colleagues said Friday that only a few other Republican senators knew about the Wednesday night meeting where Koch was confronted with the allegations. Senate Republicans are due to meet by Dec. 29 to elect a new majority leader.

The Koch news was only the biggest in a difficult period for Minnesota Republicans. The party’s chairman, deputy chairman and executive director all departed in recent weeks, and the party is more than a half-million dollars in debt.

A businessman who had been seen as the favorite to run the party, Brandon Sawalich, dropped out of that race Friday after news broke of his citation for expired car registration and the settlement of a sexual harassment lawsuit nearly a decade ago. And The Associated Press reported separately on U.S. Senate candidate Joe Arwood’s 2005 conviction for bringing a loaded handgun to the airport without a permit.

Activists expressed despair with each new dose of news. One, St. Paul lawyer John Gilmore, vented on Twitter: “Will this day never end?”

Former state Rep. Mike Osskopp, another candidate to lead the GOP when a new chairman is chosen Dec. 31, told the AP that Friday was “just awful” for the party.

“It’s just been a tough month,” Osskopp said. “Hopefully we can put everything behind us on the 31st and start fresh with the new year and start doing good things and not have all this sadness around us.”