Offender charged with failing to register

An Albert Lea man required to register as a predatory offender is being charged with failing to give written notice of his new address. 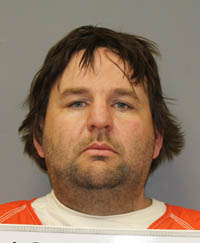 Marlin Eric Espe, 42, appeared in Freeborn County District Court Wednesday, and his bail was set at $50,000 with no conditions and $10,000 with conditions.

The address on Fifth Street, which court documents say is his mother’s residence, was listed as a secondary address. He did not give written notice to his probation officer or to the Albert Lea Police Department that he had moved from his primary address to another address until 11 days had passed.

Court documents show Espe thought he had 14 days to register his primary address, but Albert Lea Police Department detectives said they should have been notified immediately.

Espe pleaded guilty to criminal sexual conduct in the fourth degree in Freeborn County District Court in 2008 and was sentenced in 2009.

Predatory offenders are required to register several pieces of information with the Bureau of Criminal Apprehension, including where they live, what they drive and if they own property, among others. Even if the offender only stays at a residence on a short-term basis, this address must still be registered.

The maximum sentence for the charge is five years in prison and a $10,000 fine. He will next appear before a judge Monday where he’ll be able to file motions, enter a plea or demand a trial.