Offender fails to tell police where he works

According to court documents, Marlin Eric Espe, 42, faces two counts of knowingly violating his registration requirements as a predatory offender. 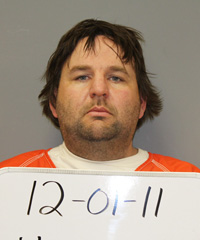 Offenders are required to register several pieces of information with the Minnesota Bureau of Criminal Apprehension, including where they live, where they work, what they drive and if they own property, among others.

Court records state Espe had been hired as a full-time employee at McFarland Trucking in Austin since Oct. 31, but he did not register this change, even after multiple meetings with his probation agent advising him to do so.

The agent talked with Espe most recently as Nov. 30 about the

In a later interview with an Albert Lea Police Department detective, Espe reportedly stated he changed his predatory offender registration in Austin, with the Austin Police Department after receiving a summons and complaint for failing to register his address in Albert Lea.

In that case, he did not give notice that he had moved from his primary address to another address until 11 days had passed. Court documents show Espe thought he had 14 days to register his primary address, but Albert Lea Police Department detectives said they should have been notified immediately.

Espe is required to register as a predatory offender after he pleaded guilty to criminal sexual conduct in the fourth degree in Freeborn County District Court in 2008 and was sentenced in 2009.

The maximum sentence for each new charge is five years in prison and a $10,000 fine.