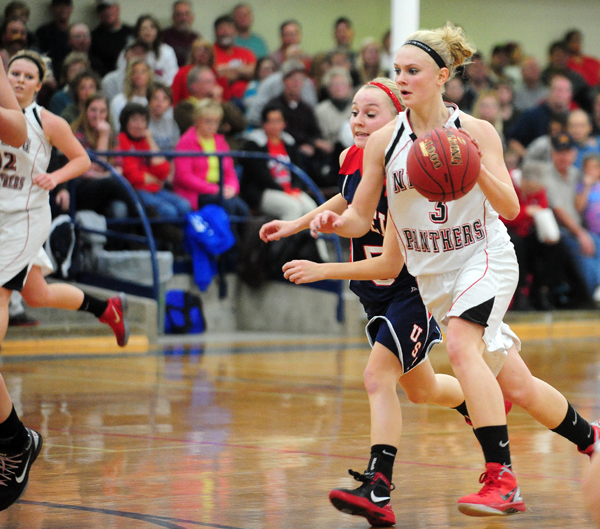 Wagner was 17 points shy of milestone heading into the Panthers girls’ basketball teams matchup against St. Peter in the finals of the St. Peter Tournament. Wagner scored 27 points as the sixth-ranked Panthers romped the ninth-ranked Saints 70-44 for the championship.

“We played a complete game,” Panthers coach John Schultz said. “Our whole team played well. Our defense created a lot of turnovers that cashed into points.”

The Panthers had 16 steals and forced 21 turnovers as it outscored the Saints 32-19 in the second half.

“Schue is playing much better now, which we expected to happen soon,” Schultz said. “The kids that are not scoring are doing so much on our defensive schemes. I’m very happy with our efforts as a team and people are playing their roles very well.”

Bemidji beat Faribault 46-36 to finish in the third place.