Most Minnesotans would agree that we still have a long way to go on the road to economic recovery. The same is true when it comes to addressing our state’s budget issues. But if you listen to Republican legislators lately, you are hearing a different story. 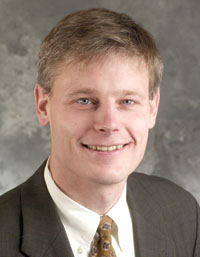 Across the state Republicans are trying to take credit for a short-term projected budget “surplus,” claiming that it resulted from the budget they passed after taking our state to a 20-day state shutdown. Speaker Kurt Zellers praised their “fiscal restraint.” Rep. Steve Drazkowski called it “smarter spending.” Rep. Carolyn McElfatrick said it was “prudent reform.” Rep. Mark Murdock said it was due to “fiscal responsibility.”

When you look at the facts, their self-congratulating rhetoric does not hold up. The temporary surplus — which actually turns into billions of dollars in red ink a year from now — is not the result of the GOP budget passed last summer. In fact, the majority of the temporary surplus is the result of events that occurred in 2010 — before the Republicans took over the legislature and a new budget was even passed.

The reality is the Republican budget didn’t solve problems — it only created problems for middle class families while racking up irresponsible debt.

First, the Republican budget borrowed a record amount — more than $2 billion — from Minnesota schools, effectively reducing school funding this budget cycle alone by just over $1,000 per pupil. This excessive borrowing has forced schools to take out loans to cover their own costs, which hurts students by taking valuable resources out of the classroom.

Second, Republicans engaged in Washington-style deficit spending, borrowing from the future by selling the projected dollars from the state tobacco lawsuit for one-time cash. As a result, the state will get $650 million worth of spending today at the price of $1 billion in lost future revenue. Paying $1.67 tomorrow in order to get $1 today isn’t just fiscally irresponsible; it’s a bad deal with real costs to Minnesota’s future.

Even Minnesotans who live in the many cities and counties that are holding the line on spending are seeing property tax increases, all because the Republicans eliminated the homestead credit — plain and simple.

The undeniable result of Republican budgeting is that property taxes are skyrocketing — in many areas by double-digits. So are college tuition rates, health care costs and fees at our schools. This squeeze on the middle class and small businesses has been particularly hard to swallow given that Republicans insisted on protecting the very wealthiest Minnesotans — those earning more than $1 million per year — from paying a single cent more.

The Republicans’ stubborn insistence on protecting the very wealthiest does nothing to move our economy forward. The recipe for Minnesota’s success and prosperity is to build a broad and prosperous middle class, where everyone plays by the same rules and has a fair opportunity to succeed. The Republican budget did the opposite, holding a select few harmless while raising taxes on the vast majority of Minnesotans.

In the end, Minnesotans will be better served if we are honest about our challenges and serious about solutions. I invite Republicans to take down their “mission accomplished” banner. We still have plenty of work to do.

Rep. Paul Thissen is the minority leader in the Minnesota House of Representatives.