Riverland's Early Childhood Education Center will have its own entrance and parking spaces. Riverland officials say about 3,000 square feet of parking space will be built for the ECEC. -- Art provided

AUSTIN — Riverland Community College will reconfigure one of its buildings on its Austin campus into a new Early Childhood Education Center worth more than $3 million, Riverland officials announced Monday.

The college will convert 17,000 square feet of its West Building to house the childhood center that will serve about 200 full-time and 200 part-time children ages 5 and under.

“It’s going to help children get more out of K-12, but it’s also going to have them more likely to be college ready and be successful,” said Riverland President Terry Leas. 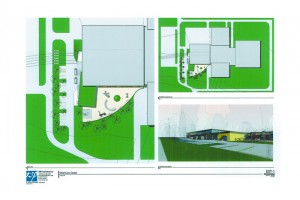 Riverland's Early Childhood Education Center will have its own entrance and parking spaces. Riverland officials say about 3,000 square feet of parking space will be built for the ECEC. -- Submitted photo

An additional 3,000 square feet that includes landscaping and parking improvements will also be part of the project. The Hormel Foundation helped secure the more than $3 million in funding so far, according to Riverland officials.

“It says we believe in the future of the children,” said Gary Ray, Hormel Foundation chairman.

The project is one of the top 10 community needs according to recent United Way surveys.

Riverland hopes to put together a two-plus-two program for early childhood education students looking to get two years’ classes at Riverland and finish their undergraduate at one of Riverland’s sister universities under the Minnesota State Colleges and Universities system. Students would be able to get hands-on experience with preschoolers at the ECEC, according to Leas.

Riverland is already preparing the building, which houses Agricultural Design equipment, for renovation.

Although the complete funding list is not finalized, The Hormel Foundation has donated $2 million and the Hormel Foods Corporation Charitable Trust has pledged $1 million to the Center.

Hormel CEO Jeff Ettinger said engagement surveys within Hormel have even showed the want and need for a new child care center. Through the surveys, Hormel employees have asked for better child care facilities on a repeated basis.

“What’s lacking — really right at the top of each of the survey’s — has been the potential for child care facilities in the area,” Ettinger said.

“It takes a real vision to see what this is going to look like down the road,” Ettinger said while looking around the current building. However, he said he’s confident it is going to be an excellent facility.

As a member of the Minnesota’s P-20 council — a group of educators, legislators and other representatives — Rep. Jeanne Poppe, DFL-Austin, said this facility will help close Austin’s achievement gap.

“It’s been a need for many years,” she said.

Though she said Austin already has some good child care facilities, this will be a more encompassing facility. 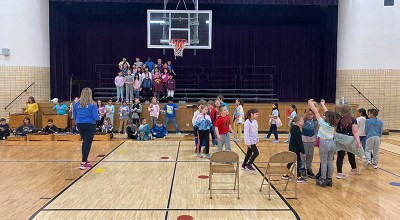