Solutions to end the drug-shortage crisis

Axel Zirbes is a cute 4-year-old boy with bright eyes and a big smile. He also happens to have no hair on his head. That’s because Axel is being treated for leukemia. 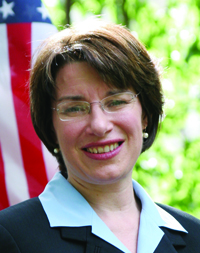 When he was scheduled to start chemotherapy earlier this year, Axel’s parents learned that an essential drug, cytarabine, was in short supply and might not be available for their son.

Understandably, they were thrown into a panic and desperately looked for any available alternatives. They even prepared to take Axel to Canada, where cytarabine is still readily available.

Fortunately, it didn’t come to that. At the last minute, the hospital was able to secure the medication from a pharmacy that still had a supply.

Axel and his parents are not alone.

Across the U.S., hospitals, physicians and pharmacists are confronting unprecedented shortages of important medications, especially for cancer. Many are generic drug products that have been widely used for years and are proven effective.

The number of drug shortages has nearly tripled over the last six years, jumping from 61 drug products in 2005 to more than 200 this year.

A survey by the American Hospital Association found that virtually every hospital in the U.S. has experienced shortages of critical drugs in the past six months. More than 80 percent reported delays in patient treatment due to the shortages.

For anyone struggling with cancer, the last thing they want to hear is that they might lose access to an essential medication.

Experts cite a number of factors behind the shortages, including scarcity of raw materials, manufacturing problems and unexpected demand. Business decisions within the pharmaceutical industry are also a factor, such as mergers and cutting back on the production of low-cost generic drugs in favor of more profitable brand-name drugs.

Whatever the causes, the results are clear. Widespread and prolonged shortages have reached crisis proportions. Hospitals also report that a flourishing “gray market” has emerged, with middlemen hoarding scarce drugs and jacking up prices to exorbitant levels.

Under current law, the FDA cannot require a drug company to report a shortage unless it is the sole source of a “medically necessary” drug. But there is no penalty if a company doesn’t comply.

In very narrow circumstances, the FDA can address severe drug shortages and public health emergencies by authorizing the importation, distribution and use of an unapproved drug.

This is what happened with the H1N1 flu vaccine. And, in response to a shortage of the anesthetic propofol, the FDA allowed temporary imports of an alternative product approved in other countries but not the U.S.

At the end of October, the president directed the FDA to speed up the review of alternative drugs and new suppliers. He also ordered the Justice Department to investigate potential price gouging. And he told the pharmaceutical industry that it’s in their own best interests to be more forthcoming with the FDA about potential shortages.

While these are positive steps, the FDA remains poorly equipped under current law to respond effectively to the numerous drug shortages.

One solution is the Preserving Access to Life-Saving Medications Act, which I introduced this year. It is supported by Democrats, Republicans and many health care groups, including the American Medical Association. The bill will get a hearing this month.

This bipartisan legislation would give the FDA authority to require early notification from a pharmaceutical company at least six months in advance of any planned interruption, disruption or discontinuation of a drug.

With this early warning system, the FDA would gain time to work with manufacturers to establish a plan for continuity of supply. It would also allow pharmacists and physicians to prepare and ensure that patients continue to receive the best care possible.

Alongside this legislation, I am also part of a working group with my colleagues on both sides of the aisle which is focusing on additional long-term solutions to this drug shortage crisis.

Both physicians and patients, in Minnesota and across the country, deserve peace of mind that an essential life-saving medication will be there for them when it’s needed.

Amy Klobuchar, DFL-Minneapolis, is a U.S. senator for Minnesota.