Funeral services for Sydney Allen Nelson, 84, of Albert Lea will be held at 10:30 a.m. on Tuesday at Assembly of God Church. The Rev. Lee Freshour will officiate. Interment will be at 3:15 p.m. on Tuesday at the Hills of Rest Cemetery in Sioux Falls, S.D. with military honors accorded by Sioux Falls area veterans. Visitation will be one hour prior to the service at the church. To sign the guest book, go to www.bayviewfuneral.com. 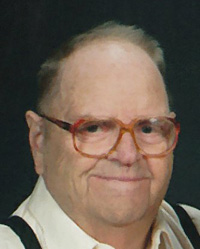 Sydney Allen Nelson was born on Oct. 27, 1927, to Victor and Ethel (Jensen) Nelson in Sioux Falls. He grew up in Sioux Falls and attended school there. Sydney enlisted in the United States Navy, serving his country during World War II.

In May of this year, Sydney proudly participated in the Honor Flight to Washington, D.C. He was united in marriage to Audrey Powell on Feb. 5, 1950, in Sioux Falls. Sydney was employed by the Northern Pacific Railroad for 17 years, then worked for John Morrell for 23 years and the University of Sioux Falls in custodial for 10 years. He spent many years raising pigeons and was a member of several pigeon clubs. Sydney was a lifetime member of the VFW. He enjoyed hunting, fishing and watching westerns.