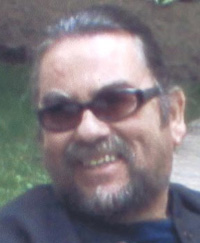 He graduated from Albert Lea High School in 1964.

He married Cindy Hultman on April 18, 1979. He attended drafting school, worked on the railroad and also worked in construction. He owned and operated Motorcycle Specialties in Albert Lea for more than 20 years. Thomas had been a member of the YMCA since he was 14 years old, where he especially enjoyed weight lifting. He was an avid drag racer and motorcycle enthusiast. He also did custom painting and loved animals.

He was preceded in death by his parents, Burneth and Phyllis Gordon, and a brother, Peter, in infancy.

Thomas had a great love for his family and will be fondly remembered for his keen sense of humor.