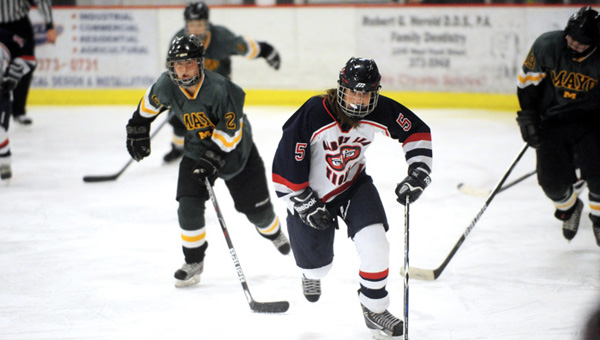 “I expected a good tough game,” said Albert Lea coach Paul Willett. “Mayo’s a very well coached team. They’ve got some outstanding players. They’ve got size, something we don’t really have a lot of. So I knew we were going to have to use our speed and get pucks to the net.” 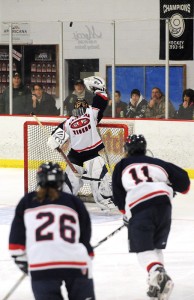 The Tigers fought hard against the Spartans and kept them from scoring until 12 minutes and 35 seconds into the first period. Mariah Leach, forward for Albert Lea, sent a puck right back and scored at 12:53, unassisted. The game would end at a 3-1 loss for the Tigers.

At the end of the first period, the game was tied 1-1. Albert Lea had eight shots on goal to Mayo’s 14.

In the second period, Rochester was able to slip past the Tigers and score again at 10:08. Albert Lea had nine shots on goal but none of them found their way to the back of the net. The period ended with no other goals.

Willett said there were a few causes for the slowing of play during the second. The ice was really wet to start with and the effect of running two lines for most of the game was taking a toll on both teams.

In the third period, Mayo picked up one their last goal at 9:28 for the win. Overall, Rochester outshot Albert Lea 33-20.

Willett said it was during the third that the size difference really worked his girls hard and they just weren’t able to get to the net and “bury the pucks”.

All three of Rochester Mayo’s goals were assisted by two other girls. 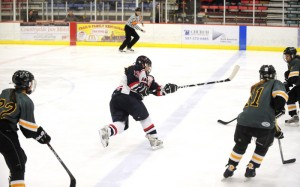 Mariah Leach takes a shot at the goal on Thursday during a home game against Rochester Mayo. Leach made the only goal for the Tigers. --Brandi Hagen/Albert Lea Tribune

“I was basically expecting this type of game,” Willett said. “We’ve been playing better and better. We’ve had a tough stretch of games in the first half of our season and we knew it’d be very difficult.”

After Christmas break, the Tigers are set to play against Mankato West and Faribault.

“They are games that are definitely winnable if we continue to play the way we did tonight,” said Willett.