Welcome to the city of Amber Leaf

An Albert Lea native who has penned a novel set in the city will be visiting the area to host book signings. 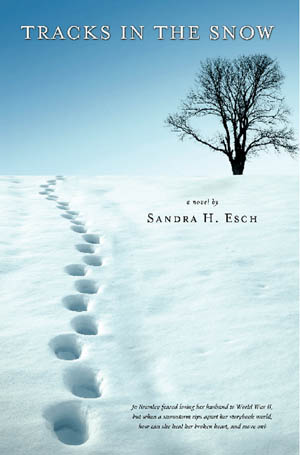 “Tracks in the Snow” by Sandra Esch

Sandra Esch, of San Diego, will be in Albert Lea from noon to 3 p.m. Saturday at Book World hosting a book signing for her new novel “Tracks in the Snow.” Esch grew up in Albert Lea and Hartland, before moving to Minneapolis and then San Diego. The book, which is a historical romance, is set in Albert Lea though the name was changed to Amber Leaf.

“It’s the first of a trilogy and all three take place in Albert Lea,” Esch said.

The story follows a young woman in the early 1940s who lives in Amber Leaf. The woman, Jo Bremley, struggles to make a living after her husband’s untimely death. Esch said the book has a “Hallmark-type feel,” and is a good Christmas story.

“This one just blows your heart away,” Esch said.

People from the area may recognize some of the settings in the novel including Katherine Island, Fountain Lake and various street names, among others.

“There’s a lot of local flavor to it,” Esch said. “It has a good number of local landmarks.”

This is Esch’s first novel, and she said the idea stemmed from her own ancestors who came from the Netherlands because of both world wars. Esch said the story will span at least three books, with the last two installments coming out in the next few years. She plans to again visit the area when the other books are published.

Esch will hold book signings in Mason City, Iowa, on Friday as well as from 5 to 7 p.m. Saturday at the Barnes & Noble location in Mankato’s River Hills Mall. Her book signing in Albert Lea will be at Book World, and the book will be for sale for $12. The book is also available at Amazon.com and BarnesandNoble.com. It is published by Lamp Post Publishing.