Will your taxes go up or down? 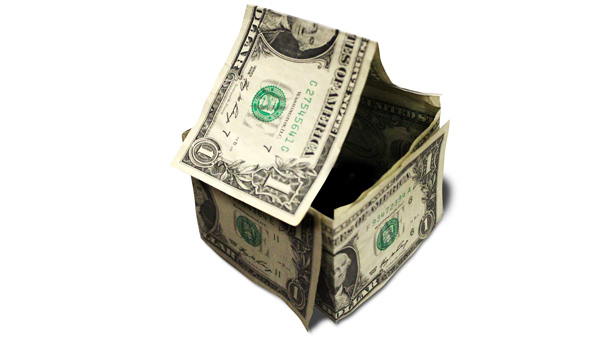 When Freeborn County residents opened their proposed property tax statements the week of Thanksgiving, they might have been shocked with what they saw.

Depending on the values of their homes or other properties, they could have seen some dramatic increases — maybe even double digit increases in what they are proposed to pay in taxes in 2012.

That was the case for Albert Lea homeowner Dave Klatt, a small business owner who also owns two rental properties.

See a table of property tax estimates in the print edition of the Tribune.

Though he hasn’t made any decisions on how to handle the increases, he said he’s heard other rental property owners debate what to do.

“The unfortunate reality of the situation is that a lot of these changes in taxes could be passed on to the tenants,” he said.

While home and business owners are coming to grips with their proposed 2012 taxes, many people are simply trying to understand why the changes are taking place.

Though decisions by local governments do have an effect on the taxes, this year many of the tax changes are happening thanks to decisions made on the state level, namely the elimination of the state’s homestead market value credit, or a state-paid reduction given to homeowners in the amount of taxes due.

Eliminating the credit was one of the cost-saving measures the state used to close the $5 billion two-year state budget deficit.

Now, to cushion the blow of the elimination of the credits to homeowners, the state instituted a homestead market value exclusion, which reduces the value of a home subject to taxation. The exclusion provides for a portion of each property valued at $413,800 or less to be excluded from its value for taxes.

This will in effect also reduce tax capacity, and ultimately, the change will cause a shift in the tax structure. Properties such as commercial and industrial businesses will pay higher property taxes. Residential non-homestead properties and even homestead properties will also see a change in their taxes.

And that’s all without any changes to the local levies.

Freeborn County Assessor Ryan Rasmusson said non-homestead residential properties in Albert Lea can expect about a 10 percent increase in property taxes from 2011 to 2012, including proposed levies for Freeborn County and the city of Albert Lea.

Facing tight budgets of their own, Freeborn County and Albert Lea city officials are slated to vote this week on whether to implement local levy increases. While local levy increases would have some effect on taxes, they would not affect taxes as much as the state changes.

Freeborn County Administrator John Kluever said the county commissioners are considering approval of a 3.5 percent — or $656,000 — increase in the local levy.

The increase would go toward the Highway Department for $289,000 and capital improvement projects totaling $367,000.

The commissioners approved this proposal in September, but have since asked for information about alternative options including a 2.5 percent and a 3 percent increase.

If the 3.5 percent increase is approved, the overall local levy would be about $19.29 million.

The vote is slated to come Tuesday morning.

On the city side, the Albert Lea City Council in September approved a proposed 2 percent — or $105,000 — tax levy increase.

This would have equaled out to a levy of about $5.3 million, which includes $4.7 million for the general fund operating levy and $600,000 for the debt service levy.

Under this proposal, the 2012 general fund budget was about $13.8 million.

City Manager Chad Adams said the council, however, is considering approval of a zero percent increase during its Monday meeting.

Adams said staff have made revisions to meet the zero percent increase.

The Albert Lea school board has approved a a proposed levy for the 2012-13 school year with a 2.5 percent increase.

At that time the proposal was approved, Lori Volz, director of finance and operations for the district, said the increase was very good news considering all the projects the district is funding for heating and ventilation upgrades.

The board is next slated to meet Dec. 19.

Kluever said in the days after the county sent out the proposed 2012 property tax statements, county administration alone received somewhere between 50 and 75 telephone calls with people asking questions about the changes.

“A lot of the questions centered around the explanation of what everything meant on that tax statement,” Kluever said. “More so than in years past, people are trying to understand the statements rather than look at the proposed dollar statements.”

Rasmusson said he also had people stopping in his office, but overall people have been cordial, listening and trying their best to understand what is happening.

“Taxes were going to go up regardless of what the local governments did,” Rasmusson said.

Adams said City Hall has not received one phone call since the property tax statements were mailed out.

In an effort to get the word out the city, however, hosted meetings in each of the wards to explain the local and state changes and to give an overview of the city’s budget. Then, officials opened the floor up for questions.

Adams said between 100 and 120 people attended. There was a common theme of encouraging the city to work with Freeborn County and to do things more creatively.

He noted he was impressed with the comments, questions and feedback received from residents.

More solid answers will be available after the upcoming city, county and school district votes.