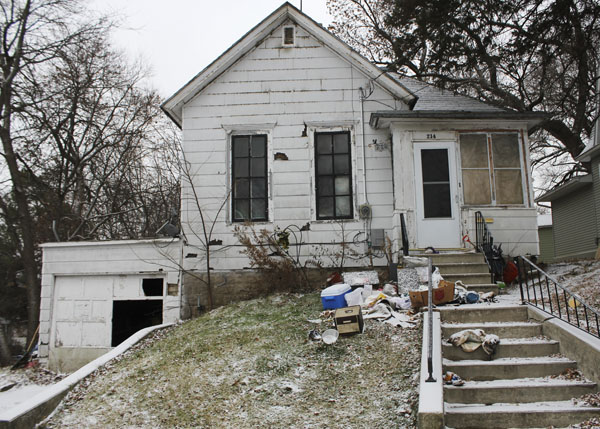 Firefighters battled a blaze overnight, and this morning are hunting for clues to explain what started it. 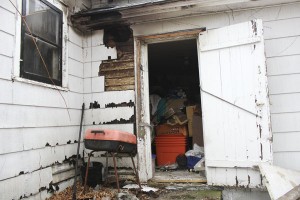 Though the exterior doesn’t reveal much, the interior is charred. The interior appeared to be packed with possessions, when viewed through openings. Firefighters arrived at 11:32 p.m. Wednesday after a passer-by reported smoke coming from the house.

The owner was contacted and returned home, according to the Albert Lea police log. Freeborn County property records list the owner of 214 E. Second St. as Roseta C. Montanye.

Firefighters were there for three hours last night, he said. They maintained custody of the property overnight while the owner stayed with a relative. Light said firefighters wanted to look at the home in the daylight today to make sure there was no remaining hot spots and to investigate what caused the fire.