AUSTIN — Last Tuesday started as a typical workday for Melissa Gabrielson-Jauregui, but the day took a 180-degree turn before she’d finished her morning coffee.

Gabrielson-Jauregui, of Austin, was driving north on U.S. Highway 52 to work at Macy’s in Rochester around 9:40 a.m. when a car in front of her drove off the road. 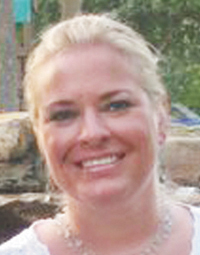 “I just happened to see a car flying through the trees,” she said. “I didn’t even believe my eyes.”

Fifty-four-year-old Deborah Perry, of Rochester, had rolled her 1998 Chevy Cavalier off the road, down a hill and into a river bank.

It had snowed the night before, but Gabrielson-Jauregui didn’t think it was that slippery.

“I was just still waking up and drinking my coffee,” she said.

Gabrielson-Jauregui quickly pulled over her 1999 Toyota Camry, called 911 and rushed down an embankment to where Perry’s car was overturned partially in the Zumbro River.

“It was just crazy,” she said.

Gabrielson-Jauregui and a man who had pulled over tried to free Perry from the car, but were unable to. Perry was conscious, with her head above water and only part of her body in the icy river. Perry wasn’t wearing her seat belt and her car was totaled, according to a state patrol report.

Law enforcement soon arrived and a trooper pulled Perry out of the car onto Gabrielson-Jauregui’s lap.

“She had been in the river … for like 10 minutes,” Gabrielson-Jauregui said. “It was just freezing.”

The incident was soon over for Gabrielson-Jauregui, but it hasn’t been forgotten.

She gave police her statement and left for work to make room for other law enforcement vehicles. Gabrielson-Jauregui arrived at work only about a half-hour late at 10:15 a.m. soaking wet, freezing, sore and in the midst of an asthma attack.

After she bought some dry clothes, Gabrielson-Jauregui soon settled in for her shift at Macy’s, later reading news stories about the crash on her phone.

Gabrielson-Jauregui admitted one of her own worst fears is being trapped in a car in water.
“It just really affected me,” she said. “It was really powerful to see.”

She also now keeps items like towels, blankets and boots in her car and is much more aware of where items are in her car.

“I’m definitely more cognizant of what I have with me,” she said, noting it’s advice she’s received before.
“My mom was so right,” she said.