NORTHWOOD, Iowa — The Iowa state senator for Worth and Winnebago counties announced Tuesday his campaign for re-election. 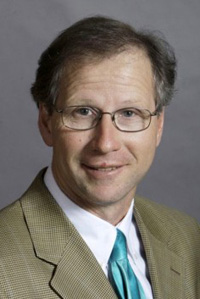 However, Merlin Bartz won’t be the only incumbent. Thanks to redistricting, the Republican senator from Grafton will face off against Sen. Mary Jo Wilhelm, a Democrat from Cresco.

Senate District 6 used to take in the counties of Winnebago, Worth, Hancock, Franklin and parts of Cerro Gordo county. The district was split up three ways during redistricting. Now Brantz is racing in Senate District 26, which covers all of Worth, Mitchell, Howard, Floyd and Chickasaw counties as well as Falls, Portland, Owen and Dougherty townships in Cerro Gordo County and Fremont, Burr Oak, Orleans, Bluffton, Lincoln and Madison townships in Winneshiek County.

Districts were redrawn following the 2010 U.S. census. Before, Bartz’s district and Wilhelm’s districts didn’t even border each other.

“After spending last summer and fall traveling the new district, participating in so many great community events and parades, listening carefully to many new friends and acquaintances, I sincerely believe that what this district wants is someone who will stand up for their values of hard work and responsible budgeting,” said Bartz in a news release.

Bartz and his wife, Lisa, have three children and own and operate a sixth-generation farm northwest of Grafton. Bartz, 50, is a 1979 graduate of St. Ansgar High School and a 1983 Luther College graduate and has also attended the John F. Kennedy School of Government and the Darden School of Business for leadership training.

“I will fight hard for policies that create jobs, keep property taxes down, remove bureaucratic red tape, and rein in government spending and most importantly I will speak candidly and honestly because that’s what the hard-working citizens of our state deserve,” Bartz said.