Better ways to spend than on a stadium

I’d like to invest $895 million in the state of Minnesota. 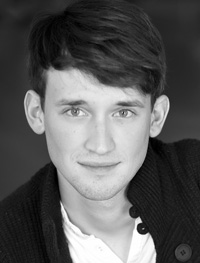 I’m betting a few roads, police stations or public libraries could use a facelift. Perhaps I could sprinkle a bit toward a classroom. Heck, I might even add a teacher or two.

Follow me for a second. I mean, really, who doesn’t want to dream away a billion dollars?

Dream No. 1: Hire back a couple University of Minnesota professors. Our state cut more than $411 million from higher education last year.

One hundred thirty-three local school districts asked voters to pass a referendum in November — an all-time high. I mean, maybe I’m out of touch, but they didn’t all ask for a pool, right?

You’re tiring of education proposals? Fine, we’ll move on to something with a little more pizzazz — public safety.

Ponder this: Sixty Minnesota cities have closed their police stations in the last 10 years. St. Cloud, whose population is on the rise, cut four police officers and a firefighter last year.

Dream No 3: Reinstate a couple fire departments. Where exactly? Perhaps (for this one I used a dart board) Brainerd? I’m really not that choosy, though.

Boring things have dreams, too! I bet public transportation might need a lift. Let’s do a quick check. Yep. The Minnesota Legislature cut almost $52 million out of public transit last year.

Dream No 5: Reopen a public library. The Hibbing Library is on select hours. Just saying.

OK, OK. It’s your turn. Yes, I’m truly open to suggestions. On one condition: We spend the money in a way that the public citizens of Minnesota reap all of the ensuing benefits.

What? Did I hear something about spending $895 million on a stadium? The Vikings’ stadium?

Why? Because last time I checked the Vikings are privately owned.

If the Vikings management would like to turn over ownership to the state of Minnesota, by all means, go ahead. Build to your hearts desire. I’d personally drive to Minneapolis with a shovel right now.

Trust me. I’m aware that investing in entertainment, arts or athletics is important. But “investing” in a Vikings stadium would only sponsor a private, for-profit business. Our investment’s return would be, well, limited.

Yes, Minnesota would certainly reap benefits from a new home for the Vikings. It doesn’t take a rocket scientist to realize that building an $895 million stadium (the cheapest of nine current proposals) would create thousands of jobs and put money back into our economy.

But guess what? I’m betting there’s a few other ideas out there that could do the same thing, with everyone sharing in the profits. I didn’t happen to mention anything earlier about major cuts to education, transportation or public safety, did I?

Let’s take it one step further. In fact, I’d like to propose something scary — a true investment.

Let’s find $895 million (because apparently we can find it somewhere), and become the national leader in education. Let’s make our 10,000 lakes clean again. Let’s hire someone to watch our streets and put out fires.

Let’s make a true investment in our state. Let’s throw public money at public ventures. And by default, let the Vikings throw private money at their private venture.

Abraham Swee is a broadcast journalist and theatre professional currently residing in central Iowa. He is a recent graduate of Drake University and holds degrees in both musical theatre and broadcast news.