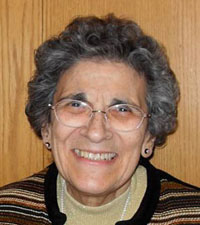 Dee graduated from Beecher High School in 1949 where she excelled as an athlete in basketball, softball, track and field hockey. She graduated in 1954 from Michigan State College, majoring in teaching, with a focus in physical education and science.

Dee taught physical education and health classes in Ellendale for a few years after she got married. Then in 1972, she received a degree in nursing, and worked at various hospitals and at the Sweere chiropractic office in Owatonna. Her desire to help people led her to go back to school to get a master’s degree in counseling and social work from Mankato State University in 1979. Dee assisted many people in her work as a counselor at Fountain Lake Treatment Center in Albert Lea, and at the Mower County Mental Health Center in Austin. Dee’s passion and faith in God called her forward to obtain a Masters of Divinity degree from the United Theological Seminary in New Brighton in 1985. She was later ordained at Judson Baptist Church in Minneapolis in 1986. She worked for a time as an assistant minister at First Baptist in St. Paul and then continued her work in family practice at Lutheran Social Services in the Twin Cities and in private practice. Dee also worked as a chaplain at Hudson Foods in Albert Lea and volunteered her time to work with people in the hospice program in Owatonna.

Dee’s passion was to help people on their life journeys, physically, mentally, emotionally and spiritually. Her quest to be close to God was fulfilled through her work to help people. She was an avid reader and enjoyed traveling to many sacred sites around the world.

Dee died peacefully on Thursday, Dec. 29, 2011, at the Good Samaritan Society in Albert Lea. She was 81. She will be greatly missed by all her family and friends.

She is survived by her children; her sister, Rozella Merhish of Green Bay, Wis.; her brother Joe (Julie) Sabbadino of Greenville, S.C., and two nephews: David and Daniel Sabbadino.

Her parents preceded her in death. A memorial service will be held later this spring. Memorials can be sent to the Crossroads Community Hospice in Albert Lea.