Douglas Nelson Cipra was born on Jan. 26, 1945, to Lloyd “Shorty” and Jean (Nelson) Cipra in Albert Lea. He grew up on a farm near Glenville. He was baptized and confirmed at First Lutheran Church in Glenville. Doug graduated from Glenville High School in 1963 and was active in all sports. 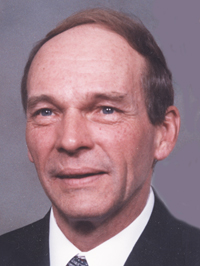 Doug worked for Wilson & Co. as a meat cutter for seventeen years in Albert Lea. In 1977 Doug married Kristine (Wick) Haviland. The couple made their home in Austin. Their family spent many summers camping on Lake Mary near Alexandria. In 1983 they moved to Brandon where he and Kristine owned and operated the Blue Gill Café until 1991. Doug continued working in various sales and service jobs until 2006 when conditions of his emphysema no longer allowed him to work.

Doug loved their home on the lake and took pride in taking care of it. He enjoyed flowers, gardening and lawn care. As the emphysema progressed Doug found clever ways to continue his lawn work and gardening even though slowing down was hard for Doug.

Doug enjoyed spending time outdoors, especially golfing and fishing in the summer and winter. He marveled at the details of nature and enjoyed watching the birds and area wildlife. Doug was a conversationalist. He loved meeting new people, sitting down and shaking dice for a cup of coffee or visiting about the latest news. As his health declined his cell phone was an important connection to his friends. His family was very important to him. He loved being a grandpa and spending time with his grandkids.

On Saturday, Jan. 28, 2012, Doug died at Knute Nelson in Alexandria from complications of emphysema. He was 67 years old.

Doug was preceded in death by his father, Lloyd Cipra; grandparents: James and Tena Cipra and Elmer and Nora Nelson; and father-in-law, Howard Wick.

A private family service will be held at Anderson Funeral Home in Alexandria on Wednesday. Public visitation will be from 4:30 to 6:30 p.m. Wednesday at the funeral home. Interment at a later date will be in the Hillcrest Cemetery in Albert Lea.