The memorial service for Joyce Irene Bowman, of Albert Lea, will be at 1 p.m. on Monday at the First Baptist Church, Albert Lea. The Rev. Clayton Basley will officiate. Interment will be in Hillcrest Cemetery. Visitation will be 2 to 5 p.m. Sunday at Bonnerup Funeral Service, Albert Lea and one hour before the service at the church. 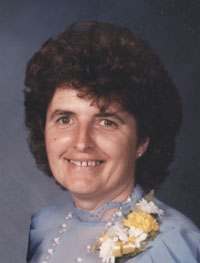 Joyce was born Nov. 1, 1942, in Albert Lea, to Leo and Ethel Mary (Besco) Freemyer. She has been a lifetime Albert Lea resident and graduated from Albert Lea High School. Joyce was a member of the First Baptist Church. She married Emery E. Bowman on June 11, 1960, at Northwood, Iowa. Joyce worked as a cook at Southwest Junior High School and then became the bookkeeper for Bowman Electric.

She was a member of the American Legion Auxiliary and the Northstar Chapter for MS.

Joyce enjoyed fishing, cooking, traveling, playing cards, spending time at their lake home and then traveling in their motor home. She especially enjoyed being with her family and grandchildren.

Joyce is survived by her two children: son, Jeff Bowman, and his children: Jared and Jenna, all of Albert Lea; daughter, Renee Retzlaff, and special friend, Pat Ubl, and her children: Justin and Nathan, all of New Ulm; son-in-law, David Montgomery, and his wife, Kim, and his children: Ryan and Evan all of Prince George, Va.; brothers: Wayne Freemyer and his special friend, Paulene Anderson, of Cottage Grove, and Doyle Freemyer and his wife, Joan, of Cottage Grove; brothers and sisters-in-law: Dorothy and Owen Kvenvold of Albert Lea, Dee and Robert Haines of Wirt, Birdie Bowman of Albert Lea, Bert Rietsema of Clarks Grove and Don Jacobson of Minneapolis.