Lawyer: Did someone else pull the trigger?

AUSTIN — A man accused of shooting a tenant in a March home invasion may testify at his upcoming trial that someone else pulled the trigger. 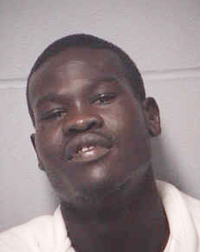 Mongong Kual Maniang Deng, 20, of Rochester, appeared Friday in Mower County District Court for a pre-trial hearing. His trial, beginning with jury selection, is scheduled to begin Jan. 23. Deng pleaded not guilty in April to attempted first-degree murder, first-degree assault, first-degree burglary and being a convict in possession of a firearm. One count of first-degree aggravated robbery was dismissed due to a lack of ability to prove the accusation beyond a reasonable doubt.

Lawyer Paul Spyhalski, representing Deng, said in court that he likely will pursue an alternative perpetrator defense, meaning the defense will try to prove to the jury that Deng did not pull the trigger.

The incident in question occurred March 28 around 7:15 p.m. at 200 First St. SE. According to a court complaint, the victim heard a knock on his apartment door and found a man believed to be Deng standing in the hall with a 12-gauge shotgun. Deng allegedly pointed the gun at his head and demanded money and “everything that was there.”

The victim’s two children — ages 5 and 7 — witnessed the robbery. The man told police he grabbed the gun so his children would not get shot and a struggle ensued. Deng allegedly told the man, “Friend, give me your money, otherwise you’re dead.”

The man told his children to run to the basement, at which point Deng allegedly pointed the gun at the victim’s stomach. At some point the gun was fired, hitting the man in the upper leg area. The court report also states one of the man’s fingertips was shot off.

Two other men — Ojulu Obang Onyongo, 20, and Kevin Michael Lyke, 20 — were already convicted in the case and are serving prison time. Both are expected to testify at Deng’s trial.

Assistant Mower County Attorney Jeremy Clinefelter said he expects to call up to 34 witnesses to the stand at the trial. It is scheduled to last about two weeks.