Memorial services for Marie L. Torgerson, of Albert Lea, will be held at 2 p.m. Saturday at the Salem Lutheran Church of Albert Lea. The Rev. Mark Niethammer will officiate. Friends may greet the family one hour prior to the service at the church. 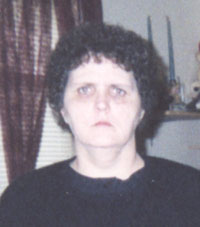 Marie was born July 2, 1957, in Albert Lea, the daughter of Kenneth and Blanche (Schott) Adams. She attended public school in Albert Lea. Marie was a homemaker and lived most of her life in Albert Lea and Mankato.

Marie was a member of the Salem Lutheran Church. She enjoyed word puzzles, watching television, crocheting and the company of others.

Marie was preceded in death by her mother, son, Jamie; grandparents; aunts and uncles.