Memorial services for Mark D. Carter, of Albert Lea, will be held at 11 a.m. Friday at First Lutheran Church in Albert Lea. The Rev. Dan Baker will officiate. Visitation will be from 5 to 8 p.m. Thursday at Bonnerup Funeral Service, Albert Lea, and friends may also visit with the family one hour prior to the service at the church. Interment will be at Christdala Church Cemetery, Millersburg, at a later date. 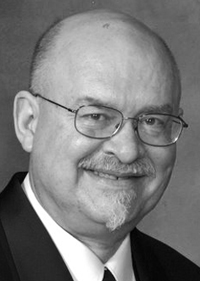 Mark passed away peacefully surrounded by his family on Monday, Jan. 9, 2012, at his son Darren and daughter-in-law Melissa Carter’s home in Shoreview after a short battle with pancreatic cancer. He was 68. Mark was born on May 12, 1943, in Emmetsburg, Iowa, the son of Max and Frieda (Tonn) Carter. He graduated from Little Falls High School, Little Falls, Waldorf College, Forest City, Iowa, and Concordia College, Moorhead. He later received his Masters of Science in education from Bemidji State.

On Aug. 3, 1974, Mark was united in marriage to Cathy Dion at Central Lutheran Church, Minneapolis. Mark and Cathy made their home in Albert Lea where Mark was a guidance counselor at Brookside School. He took a leave from education in 1978, and he and Cathy moved to Cherokee, Iowa, where they owned and operated the Lamplighter Motel. They returned to Albert Lea in 1982, where he taught social studies at Albert Lea Senior High School and Southwest Junior High. In his younger years he had been very active in his son Darren’s activities including karate and Boy Scouts.

Mark was a member of First Lutheran Church, Cloverleaf Lions, the American Legion and the Christian Motorcyclists. He sang with the Careyaires for many years, and was also an avid reader, wood carver, collector and photographer. Mark and Cathy enjoyed the theater and traveling. They took many wonderful trips together.

Mark will be greatly missed by his wife, Cathy; son, Darren Carter and his wife Melissa; granddaughter Emily, (the apple of his eye). He is also survived by sisters-in-law: Janet Dare of Apple Valley and Rita Dion of Dresser, Wis.; nephews: David (Carrie) Dion and Dan (Joanie) Dion; as well as other relatives and friends. He was preceded in death by his parents Max and Frieda Carter; parents-in-law: Bob and Arline Dion; and brothers-in-law: Farley Dare and Bob Dion.

Mark will be fondly remembered for his passion for education and his dedication to teaching our youth.

His special connections to his students were priceless gifts to him. Blessed be his memory.