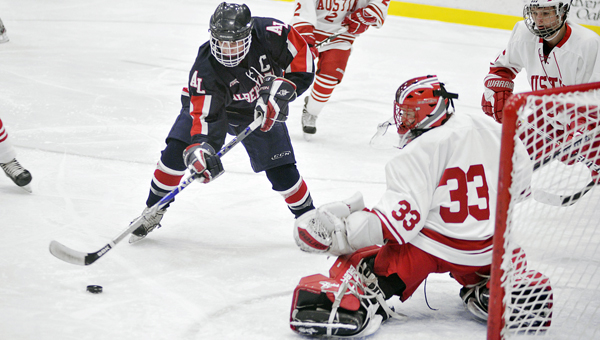 AUSTIN — The banged-up Albert Lea boys’ hockey team had all of its players who aren’t out for the season in its lineup on Tuesday and celebrated by beating Austin 10-0 at Riverside Arena.

Auston Larson and Levi Hacker each scored a pair of goals for the Tigers, who rebounded after falling to Rochester Century 3-1 on Thursday.

The Tigers had just one penalty to Austin’s five, and Nystrom said his players were careful in wake of rule changes that increased penalty time for illegal checking.

“Our boys were really watching themselves,” he said.

The Tigers outshot the Packers 47-13.