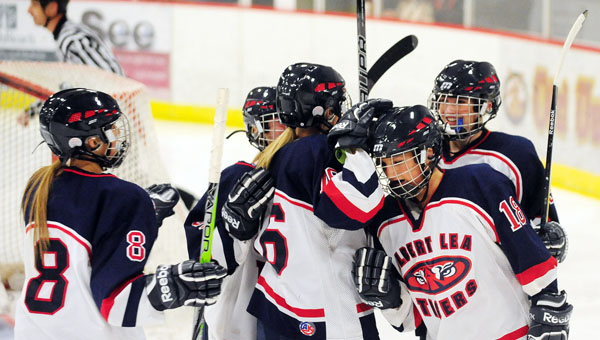 Facing shrinking school bugdets, some high school athletes are now required to pay just for a chance to play.

The Minneapolis Star Tribune reported on Dec. 20 that Edina High School is charging its students a $50 nonrefundable fee to try out for its boys’ and girls’ varsity hockey and golf programs. The report said the fee is believed to be the first of its kind in the state. 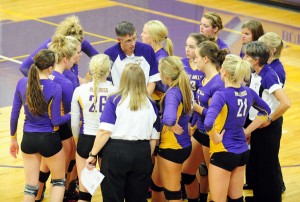 Student athletes in Iowa, like those who played on Lake Mills’ volleyball team, aren’t charged a participation fee.

“You will probably see more of it,” Minnesota State High School League board member Kevin Merkle told the Star Tribune. “What it kind of comes down to is, raise fees or cut sports.”

Albert Lea High School Activities Director John Double said the Albert Lea School District charges each student-athlete $150 per sport, which must be paid before they try out. If the athlete is cut or quits within the season’s first week, though, the activity fee is refunded.

He said no tryout fee is in Albert Lea’s future.

“I don’t see the Big Nine Conference or Albert Lea jumping on this at all,” Double said. “Most of our programs are no-cut programs, you just may not be on the team that you thought you were going to be on.”

The Star Tribune reported that Edina charges its students $220 to play hockey and $140 to play golf. Those figures include the tryout fee, which helps defray the cost of ice time and green fees.

“With the larger numbers of kids trying out, those sports became a legitimate extra cost endured by the district,” Edina Activities Director John Soma told the Star Tribune.

Soma added he projects the extra fee to put $5,000 “back into the general fund, similar to tickets and entry fees.”

Double said the school district charges students a $150 fee for each activity but no more than $360 per academic year.

Those who benefit from this policy are three-sport athletes, who after participating in a fall and winter sport are charged $60 in the spring. Albert Lea senior Brody Sundblad, a rare four-sport athlete who wrestles and swims in the winter, won’t be charged a dime to participate in track and field this spring. Double added families with multiple student athletes pay no more than $540 per academic year.

While Albert Lea’s policy is less imposing financially, the state of Iowa doesn’t charge participation fees at all.

“We seem to incorporate policies that decrease kids’ involvement in the activities we praise,” Boehmer said. “In these tough economic times, if you have a marginal kid who’s not very good but wants to be a part of a team, those type of kids may not be able to participate because their parents won’t want to pay. I could see that chasing some kids away. It defeats the purpose of educational activities.”

Double said families in Albert Lea may apply for financial assistance from the Tiger Foundation, and about the 40 percent of students who are on free or reduced lunch get their fees reduced.

Students on reduced lunch pay a $75 activity fee and those on free lunch pay $30.

While a tryout fee won’t be implemented locally anytime soon, Edina Hockey Association board member Jim O’Neill, whose son was cut from the varsity team this year, told the Star Tribune he sees the value in a tryout, but added the fee “is just one more thing you pay. After 12 years of hockey, you’re used to getting nickel-and-dimed.”