Memorial services for Raymond Eugene Baker, of Albert Lea, will be held at 2 p.m. Thursday at the Manchester Evangelical Lutheran Church. The Rev. Shawn Stafford will officiate. Visitation will be held one hour prior to the service at the church. Interment will be in Graceland Cemetery, Albert Lea. 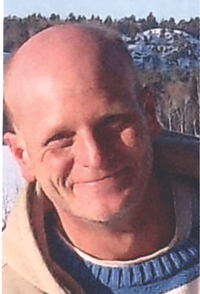 Ray died Friday, Jan. 27, 2012, at St Marys Hospital in Rochester after suffering a heart attack. He was 44 years of age.

Ray was born in Albert Lea on Sept. 10, 1967, the son of Stanley and Donna (Von Ruden) Baker. He was baptized at the Presbyterian Church in Claremont on July 27, 1969. He grew up in Manchester and lived there most of his life.

Ray was confirmed as an adult at the Manchester Evangelical Lutheran Church on Aug. 17, 2008, and became a member of the church. He helped with many building projects at the church. He represented the church for three years at the synod convention. Over the years he had worked at Farmland, Dick’s Blacksmithing, Albert Lea Auto Salvage and for area farmers.

He enjoyed working on cars and farm equipment, helping people, watching movies, snowmobiling, camping and visiting with his friends at campfires. He cherished the short time he had with his one year old daughter Grace Lynn. He enjoyed spending time with his mother and sister, good friend Jeff Hagen and the Lebeck family.

Raymond was preceded in death by his father, Stanley Baker; grandparents: Hugo and Evelyn Von Ruden and Gene and Loretta Baker.