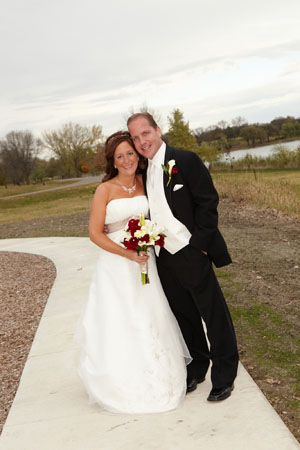 Parents of the groom are Craig and Sandy Stevens, of Albert Lea.

Maid of honor was Melanie Gullickson, cousin of bride, of Albert Lea.

Flowergirl was Kaylee Henderson, niece of groom, of Conger, daughter of Travis and Michelle Henderson.

Ringbearer was Cale Severtson, nephew of bride, of Glenville, son of Greg and Michelle Severtson.

A reception was held at Edgewater Bay Pavilion in Albert Lea.