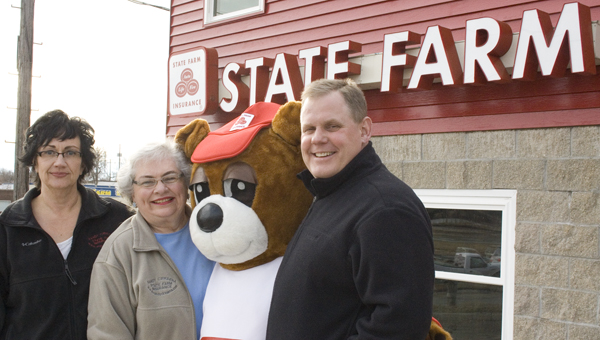 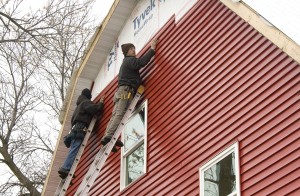 That’s the premise behind a move of one of Albert Lea’s three State Farm Insurance agents to a new location — and a unique building.

Drawing on its agricultural heritage, Randy Cirksena State Farm Insurance is now housed in not just any building, but a barn of sorts, and just a few blocks away from the city’s historic downtown district.

“What part of our lives are not touched by the ag economy?” said agent Randy Cirksena.

He said he didn’t initially want to move, but it was a more viable decision for him and his wife, Wendy, and their family. The business is now housed at 324 E. William St., right off of East Main Street next to Re/Max Properties.

His former spot, further east on Main Street, was owned by his predecessor, State Farm Insurance agent Gary Rechtzigel. Cirksena was a tenant in the building.

He purchased the property at the new location late spring 2011, and through the help of contractor Joshua Parks of Hollandale, tore down the house on the land within a week after Labor Day and started over from the ground up. 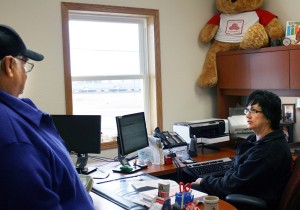 Mary Jo Ditlevson, right, of Randy Cirksena State Farm at the Barn, talks with customer Duane Schroeder in one of the new offices Friday at the business.

While there still is work to be done, Cirksena said he, his staff and his family started moving all of the items from inside his former office on Thanksgiving Day and the day that followed.

They opened at the new facility Nov. 30.

“It’s been so positive,” the agent said. “The overwhelming response is that it’s a nice enhancement to the city.”

Some siding and railing installation, along with some landscaping, still need to be completed.

In his sixth year in business, Cirksena, of Geneva, said he is thankful to have loyal customers. His business services mainly Freeborn County and southern Minnesota, though he does have clients in the Twin Cities and as far away as the Canadian border.

He said he has been welcomed with open arms by his neighbors.

He assured people in town that he would find a spot for the old fire truck that’s sat in front of his business for years, noting that hundreds of people have stopped just to look at the truck with their children over the years. 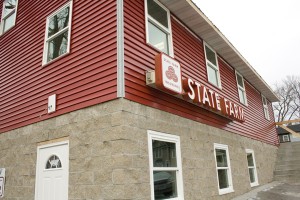 “I really love what I do,” Cirksena said. “We’re proud of the welcoming we’ve received the last five years. It was not without a lot of hard work from the people who have worked with me that we are here where we are.”

State Farm Insurance provides services, including life, health, auto and home insurance, along with financial services such as estate planning and safeguarding assets, among others. They also can offer home mortgages and vehicle loans.

Cirksena said he plans to have an open house at the new location on Feb. 24, during which time people can stop in and check out the building.

The business is handicapped accessible and he noted there are additional parking spaces compared to his former location.

In the meantime, Cirksena said he hopes people will now call his business a logical nickname: “State Farm at the Barn.”