Team win for the Panthers 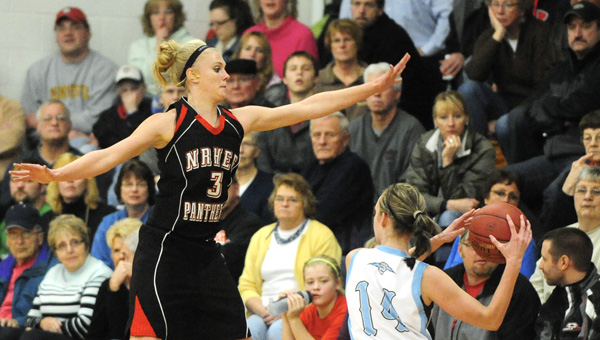 All 11 players on the New Richland-Hartland-Ellendale-Geneva girls basketball team scored on Monday towards a 67-34 win against Tri-City United.

Tri-City scored the first two points of the game. Jade Schultz of NRHEG made three 3-pointers at the beginning of the half. The three were the only ones she made out of 11 total.

As a team, the NRHEG girls made six of 34 total 3-point attempts. Tri-City United made one of four. 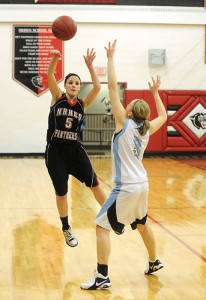 With ten minutes left of the first half, NRHEG was leading, 16-7. At the five minute mark, they were still up by 14. They would finish the half 34-18.

Schultz said in the first half, the ball was being shoved where it shouldn’t have went. By game end, NRHEG had 18 turnovers and Tri-City United had 27.

The second half was a complete turn around.

“I was happy for them to adjust at half, to settle down and play better,” said Schultz.

“We just went on a run and it jumped,” said Schultz. “At that point I knew we could relax a little bit.”

With a secure lead, less experienced players had a chance to play.

“It’s nice to see these kids who are at practice every day get time to show their stuff,” said Schultz. “They did just fine.” 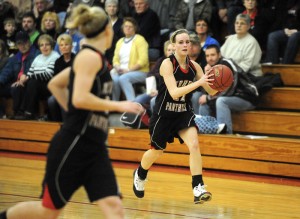 With 11 minutes of the game left, Tri-City United was able to pick up two points. NRHEG held them off until about eight minutes when both teams were making baskets. Still, NRHEG kept the scores more than 30 points apart. They finished with a 33 point lead.