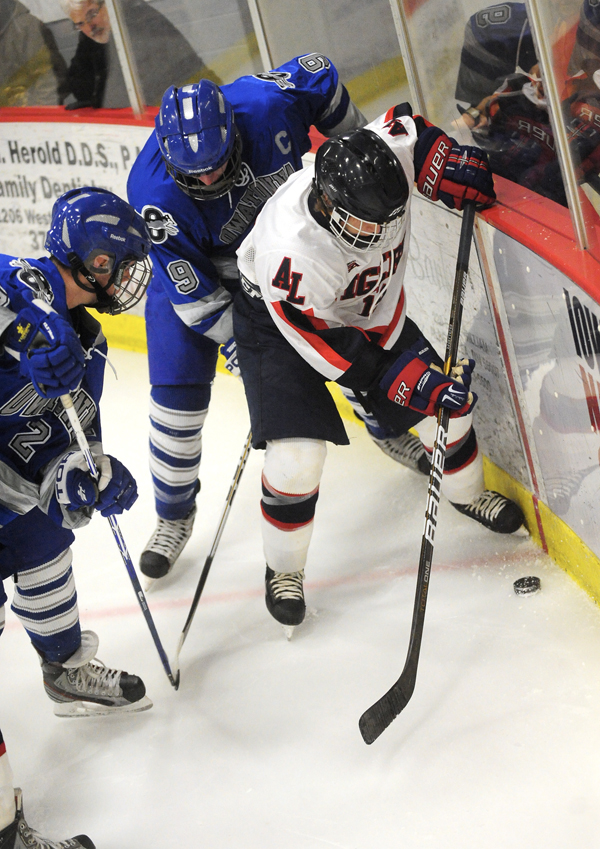 Albert Lea’s Eli Malimanek works to get the puck away from the boards while fending off two Owatonna players on Thursday at Roy Nystrom Arena. The Tigers lost 6-1. -- Brandi Hagen 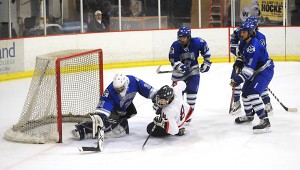 Levi Hacker slides into the net after taking a shot that was blocked by Owatonna’s goalie on Thursday. -- Brandi Hagen

Levi Hacker scored the Tigers’ (10-8, 7-4) lone goal five minutes and 12 seconds into the second period to cut the Huskies’ lead to 4-1. Owatonna scored again twice in the third period.

The Huskies outshot the Tigers 42-26 and beat Albert Lea for the first time since Jan. 27, 2009. The Tigers beat Owatonna 4-1 earlier this season.