Tigers take win out of Winhawks 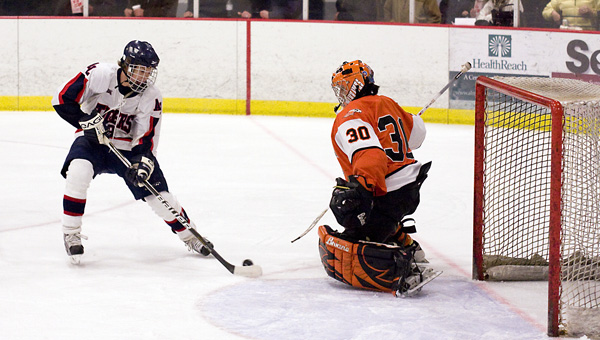 After a rough weekend up north, the Albert Lea boys’ hockey team put their losses in the past and shutout Winona 7-0 on Tuesday.

Last year, the Tigers beat Winona in overtime 3-2 and in a second game 6-2.

The Tigers’ Levi Hacker, who is averaging almost two points a game this season, was marked down for another five on four goals and an assist.

“He had a nice evening, he played very well,” Tigers coach Roy Nystrom said. “He’s a nice hockey player, and I’m glad he’s on my team.” 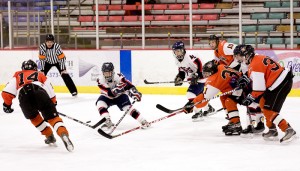 Just three minutes into the first period, Hacker scored on a power play with assists from Auston Larson and Nathan Stadheim.

Adam Herbst scored in the first period at 14:21, also a power-play goal for the Tigers. He was assisted by Hacker and Stadheim.

The first period closed out with a goal by Hacker at 15:45 assisted by Cody Haaland and Griffin Wangen.

Fourteen seconds into the second period, Hacker scored again for a hat trick.

Nine minutes passed in the period before another goal was made by Tigers’ Larry Olson with an assist by Joshua Martin.

The rest of the period was a game of cat and mouse. The teams spent the last seven minutes trying to score, neither with success.

Going into the third, the Tigers had to kill two minutes before they would be full strength again. Haaland and Stadheim were in the penalty box serving time for hooking and slashing, respectively, at the end of the second period.

Winona with the upper hand, still wasn’t able to sneak in a goal.

Hacker’s fourth goal of the game was scored at 6:20 while the Tigers were shorthanded.

Even with a strong lead, the Tigers played hard to the end. Olson scored a second goal with just 50 seconds remaining in the game.

“The boys played pretty good defense, pretty good offense and they came up with a win.” Nystrom said.

“We got better as the game went on,” Nystrom said. “We had more energy, we forechecked harder and we weren’t coasting as much.”