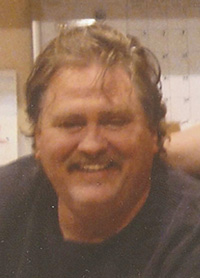 He was united in marriage with Andrea in 1987. They had one son, Mathew. In 1998, Tim and Mat moved to Forest City, Iowa. Tim most recently lived in Bloomington,where he resided until his death on Jan. 16, 2012, at Fairview Southdale Hospital in Edina.

Tim enjoyed spending time with his family, especially his son, Mat, and his many friends. He enjoyed fishing, writing poetry and had a smile for everyone. Tim was a loving, caring man who was always there when you needed him. In one way or another, he touched more lives and helped more people than anyone can count. He rode a really hard life, most of it on the back of a Harley. Whether he helped you by giving a listening ear, a kind smile, gentle hug, fixed a car or just provided a much needed distraction, once he was in your life, he was unforgettable.

Preceded in death by his parents, Donald and Bonnie Haugen; brother-in-law, Randal Gore; grandparents, Engebrit and Agnes Haugen and Otto and Gladys Anderson…