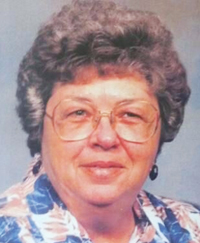 Alice was born Sept. 30, 1941, in Albert Lea, to William and Mildred (Hanson) Lombard. She graduated from Albert Lea High School in 1960. Alice married Victor Frost on Feb. 19, 1966, in South Dakota. After their marriage, they resided in Manly, Iowa and then came to Albert Lea in 1982 and the past 10 years she has lived in Owatonna. Alice was of the Lutheran faith. She worked as a dental representative for Federated Insurance Company of Owatonna. Alice enjoyed doing crocheting, crafts, painting ceramics, camping, playing cards, bingo and working on jigsaw puzzles. She also took many motorcycle trips. Alice spent a lot of time reading. and taking care of her two dogs, Bubba and Patches.

Alice is preceded in death by her parents: William and Mildred Lombard; husband, Victor Frost; and brother, Allen Lombard.