Memorial services for Allan Marvin Burgess, 67, of Albert Lea, will be held at 11 a.m. Saturday at St. Paul Lutheran Church in Conger. The Rev. Daphne Hamborg will officiate. Visitation will be one hour prior to the service at the church. To sign the guest book, go to www.bayviewfuneral.com. 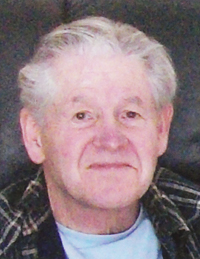 Allan Marvin Burgess was born on Feb. 1, 1945, to Clifford and Lily (Hinz) Burgess in Fairmont. He grew up in Fairmont and graduated from Fairmont High School. On June 27, 1965, he was united in marriage to Sharol D. Meyer in Fairmont. The couple moved to Albert Lea in 1965 and then to Conger. Allan worked as a maintenance mechanic at Streater’s for 10 years. He was then owner/operator of Al Burgess Trucking. Al and Sharol moved back to Albert Lea in 2005 following a devastating fire at their Conger home. Al was a member of St. Paul Lutheran Church in Conger and the Scavengers Car Club of Albert Lea. He was passionate about cars and loved drag racing, dirt track racing and Harleys. Al enjoyed working on his house, feeding and watching birds, cracking jokes and enjoyed spending time with friends and family. All who knew him loved his sense of humor.

Allan was preceded in death by his parents.