Big Freeze was a big success

Column: Susie Petersen, On the Map

The third annual Big Freeze was Feb. 18 at Edgewater Bay Pavilion in Edgewater Park, a new location for this event. We could not have asked for better weather or attendance that day. It was absolutely gorgeous. 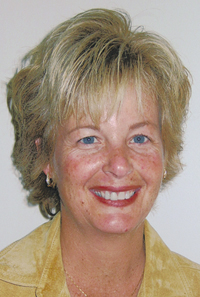 Why would so many people attend such an event in the middle of the winter?

Maybe it was the excitement generated by the medallion hunt the week leading up to the event. The hunt was sponsored by the Albert Lea-Freeborn County Chamber of Commerce and worth $300 in Chamber Bucks. Congratulations to winner Dale Christenson.

Maybe it was Brady Gooden and the Albert Lea-Freeborn County Jaycees chili cookoff contest that attracted new contestants, with its 12 chili stations! (There were 128 spoons sold, compared to 86 last year). Congratulations to winner Tom Guggisberg from Freeborn.

Or maybe it was a new event. Families could go geocaching, thanks to Steve and Amy Patten, Sheila Schultz and Donna Olson and the 20 participants. Congratulations to winner Alex Merrit.

Maybe it was the 100 participants for the Kids Winter Carnival Games, thanks to Jenny Davis and her crew from Albert Lea Parks and Rec. Or the wagon rides provided by Todd Bergland, which raised 234 pounds of nonperishable foods. It was a beautiful site to see, families waiting for a chance to ride. Thank you, Ellen Kehr, for organizing the lines and collecting donations.

The afternoon sunshine warmed for the brave participants for the Polar Plunge, organized by Scott Hanna and the Albert Lea Fire Department, many of them off duty and willing to take their time to help with this popular event. Thank you to the National Guard and their warming tent! There were 151 fearless individuals who took the plunge, and an amazing 1,226 pounds of nonperishable foods were collected along with cash donations to the Salvation Army and Red Cross.

Bragging Rights for 2012 Polar Plunge include:

A perfect ending to a day of fun with the sounds of local talent Riptide, Indiscrepancy and featured band Bad Monkey with the help of Doug and Annie Olson and friends who collected food and cash donations at the door!

We would not be able to accomplish this event without the financial support and in-kind donations. Thank you to Mayo Clinic Health Systems, our major sponsor, for your monetary donation to help us cover our expenses. Many thanks to the Albert Lea Tribune, KATE /KCPI, Power 96 and Freeborn County Shopper for plugging this event. And to KIMT, KAAL and KTTC for the live interviews prior and during the event. Thank you, Teresa Kauffman and Dan Borland for our website, Facebook and video production.

Lastly, I’d like to thank those involved with this event, because without their assistance, this could not have been accomplished. The Police Explorers, Izaak Epland, Ty Nielson, Wyatt Manges and Ben Reindahl, who were there from 8 a.m. to 12:30 a.m. directing traffic and helping with the crowd.

Thank you Jack and Barb and the crew of Geneva Bar & Grill for serving sandwiches and beverages and to Taco King’s Raul & Christina and your crew.

We had three events that were cancelled due winter conditions. The popular Snowmobile Radar Runs, Snowshoe Shuffle and a new Softball Tournament, but look for them next year!

Wishing you a heartfelt thank you and we can’t wait until next year!

Susie Petersen is the executive director of the Albert Lea Convention & Visitors Bureau.