Boosters and high school getting on same page

A goal of the new activities director at Albert Lea High School is to have booster clubs and school officials work together for the betterment of student sports and organizations. 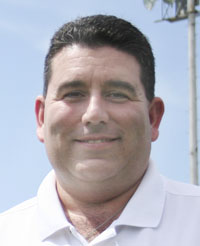 By having the two working together, they can head off problems before they arise, said John Double, who also is an assistant principal at the school. He began working in the Albert Lea district in October.

The biggest issue, he said, would be following the rules of Title IX. The 1972 federal law requires the school to provide equal opportunities regardless of gender. If boosters are helping out one team and not another, it becomes the school’s problem, even if it is a donation. Double said with the way things will be run now, the school can help with the fairness before it becomes an issue.

For example, if someone offered to buy towels for just the boys’ basketball team, someone could lodge a complaint because the girls aren’t receiving new towels, too.

“We can figure out a way to make the other half happen,” Double said. “There may be another group looking to do something as well, and we could say, ‘How about the two of you work together and we do this for all of them?’ Sometimes, we become the connectors.”

Inventory is another reason the two should be working together, he said. If a disaster happens, such as the school burning down or a burglary, the school needs to know what is missing to cover the loss.

Double said when donated items just show up in the school closet, there is no way for the school to know where it came from or that it even existed. Communication, he said, matters.

He gave an example of when he worked in a school up north. There was an after-hours break in. When he looked to the inventory records to see what was missing, he wasn’t able to tell.

“My inventory sheet says I should have 27 basketballs,” Double said. “I have 28, so I don’t know if there were more than that now, but I know I’ve got my 27 so I can’t claim anything missing.”

Not only that, if a club or team is short on funds and is in need of something the boosters can’t provide, the school doesn’t always know about it.

Booster clubs are seen many times as an extension to the school so that becomes another reason to work together.

“As soon as you put Albert Lea on the front of anything, it’s thought to be a school program even though it’s a town program,” Double said. “That perception becomes a reality when all of a sudden they do something that’s not totally on the up and up. So it’s making sure the booster clubs understand that whether they want to or not they’re seen as representing the school.”

Double said there isn’t a rule governing how booster clubs and schools interact so each school in the state does it a little different.

The schoolwide booster clubs are “nice in the fact that you can really look to help all the programs and keep it equitable across all,” Double said.

But they also become a challenge. Double said it’s difficult to keep those going because everyone needs to be contributing equally or people start to pull out because others aren’t carrying their own weight.

Something Double is working on to benefit all the clubs is a Google calendar. He would like to see all the clubs using the calendar to be aware of what others are doing and work toward the common effort of helping students.

“That way we’re not stepping on each others’ toes,” Double said.

The high school’s athletic and activity budget for the 2011 fiscal year totaled $210,000. Recorded donations to the district for the year totaled about $59,000. Eighty-five percent of the donations were from the booster clubs. Double said that isn’t inclusive of the full impact the booster clubs have. It doesn’t count any unrecorded donations or the physical time they put in to help out.

“It’s wonderful to have their support of our programs,” Double said. “We really appreciate it, especially with what are our students are able to accomplish.”

He stressed the stricter process of going through the school is not intended as a way to micromanage the clubs.

It also allows for appreciation to be given because if the school isn’t aware of what is being done, they can’t recognize the groups who are striving to help.

Double has seen improvement since he first started in October. He said the clubs are beginning to understand why it’s important to go through the right processes and what those processes are.