Funeral services for Edward Brown II will be held at 11 a.m. Saturday at Bayview/Freeborn Funeral Home. Deacon Mike Ellis will officiate. Interment will be at Hillcrest Cemetery at a later date. Military honors will be accorded by local serviceman’s organizations. Visitation will be one hour prior to the service at Bayview/Freeborn Funeral Home. To sign the guestbook go to www.bayviewfuneral.com. 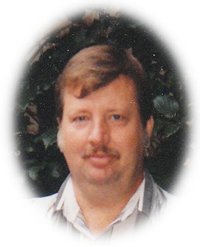 Edward died Jan. 31, 2012, at the Samaritan Bethany Home in Rochester.

Edward Earl Brown II was born Jan. 23, 1952, to Colleen and Edward Brown I in Preston. He grew up in Chatfield and graduated from Chosen Valley High School in 1971. After graduation he served his country in the United States Air Force from 1973-1976. Edward attended vocational school and worked at various places. On June 2, 1979, he was united in marriage to Susan Ehrich at West Freeborn Lutheran Church. Edward was a member of the Pleasant Grove Church of Christ. Edward suffered a stroke in 1993 and has had medical complications since. After Susan’s death on Nov. 28, 2010, Edward entered Samaritan Bethany Nursing Home where he resided. Edward enjoyed cooking and spending time with his family. He loved his nieces and nephews and taking walks in the woods.

Edward was preceded in death by his wife, Susan; his father; his aunts; uncles; and grandparents.