Funeral services for Ferdinand (Fred) T. Phillips, of New Richland, will be held at 10 a.m. Saturday at the All Saints Catholic Church in New Richland. The Rev. Swami will officiate. Visitation will be from 4 to 7 p.m. Friday evening at the Friedrich Funeral Home and one hour prior to the service at the church. Interment will be in Calvary Cemetery. 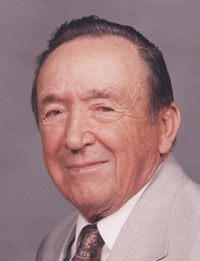 Fred died Tuesday evening, Jan. 31, 2012, at his home in New Richland. He was 94 years of age. His last days were spent surrounded by his loving family.

Fred was born Jan. 1, 1918, in Jessop, Iowa, the son of Math and Angeline (Hubert) Phillips. He attended public school in Iowa and Minnesota. He made his home in Iowa then moving to Medford and to Hartland at the age of 14. On Sept. 16, 1945, he was united in marriage to Marilyn Sondergard at the All Saints Catholic Church in New Richland.

Fred was engaged in farming all of his life. He was an active member of the All Saints Catholic Church and a member of the Knights of Columbus.

Fred loved to play cards and was an avid pool player in his younger years. He was an avid Twins fan. All of his life, Fred was a hard working, honest man.