Republican Rep. Paul Ryan of Wisconsin and Democratic Sen. Ron Wyden of Oregon, lawmakers from opposite sides of the political spectrum, have come up with a common solution. Together, they are offering serious ways to control Medicare costs to keep the program from going bankrupt and to ensure that seniors have a safety net. They’re making a good-faith effort to do something. 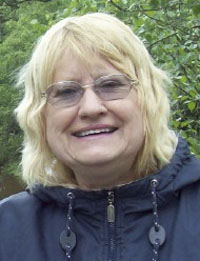 Democrat Rep. Tim Walz recently mailed a partisan political flier that was prepared, published and mailed at taxpayer expense. What a disappointment. To be fair, the flier was probably developed before this bipartisan attempt by Rep. Ryan and Sen. Wyden.

Still, the question remains, where has Rep. Walz been in representing those of us in the 1st Congressional District? Has he developed any relationships from across the aisle to work in a bipartisan way to save Medicare and Social Security?

Instead we get a mailing, paid by taxpayers, that portrays Republicans in a very partisan way, and that accuses Republicans of trying to take Medicare and Social Security away from seniors to replace with a risky and more expensive plan. Let’s not play the scare game. Is it not more risky to do nothing?

If you think about it, something must be done to reform Medicare now and save it from going belly up. Medicare spent $520.4 billion in 2010 and holds close to $37 trillion in unfunded obligations. To make matters worse, our national debt under President Barack Obama has increased to over $15 trillion and rising.

Again, where is Rep. Walz in this bipartisan effort? He continually demonstrates that he is a big government Democrat such as his support of Obamacare, and shows in this recent flier that he is partisan and divisive. Certainly, he cannot continue to believe that big government solves all.

People would find it helpful to read the bipartisan plan presented by Rep. Ryan and Sen. Wyden. Take a look at some facts from their plan. Check online at www.budget.house.gov where more facts on the proposed plan are available. At least it’s a good start and an effort to work across the aisle. The plan includes:

1. No changes for those in or near retirement. Americans currently over the age of 55 would see no changes to the structure of their benefits, although they would be free to opt into a private plan once the new Medicare Exchange was established in 2022.

3. Premium support ensures affordable coverage: The plan would introduce a “premium support” system that would empower seniors to choose either a traditional Medicare plan or a Medicare-approved private plan and would receive government help if they cannot afford to pay for it on their own.

4. All health plans that participate in Medicare Exchange would be required to offer benefits that are at least the actuarial equivalent of those provided by the traditional Medicare plan.

5. Premium-support payments would be risk-adjusted to ensure that those with greater health needs are guaranteed affordable coverage.

6. Participating plans cannot refuse coverage based on pre-existing conditions, nor can they charge discriminatory rates based on health status.

7. Transparency: Seniors would receive clear and easy-to-understand information on what plan they are currently enrolled in, the projected cost of that plan, what other plans in their area will be offered and what the federal premium-support contribution will be.

8. Competition: Allowing private plans to compete directly with a traditional Medicare plan would strengthen both by creating new incentives for plans to develop better delivery models and design better ways to care for patients with chronic illnesses.

Rep. Walz needs to stop being so partisan and divisive in his mailings and elsewhere, and should be representing all of his constituents in the 1st Congressional District. This is serious. We know that Medicare cannot continue as it is. Why does Rep. Walz wish to maintain the status quo with Medicare rather than seek ways to solve the problem?

We know he’ll be out of office when Medicare collapses, and then like so many politicians, he won’t be there to take the blame.

Sybil Broskoff is a member of the Freeborn County Republican Party.