First time for everything 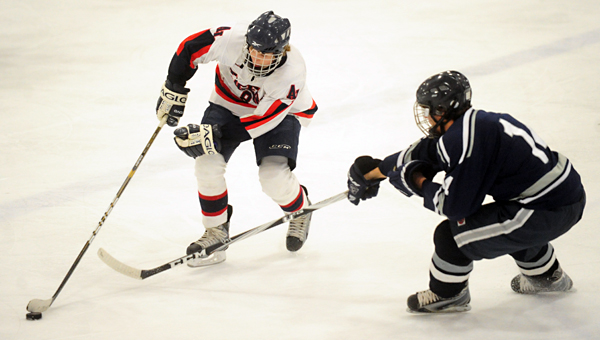 Roy Nystrom has set plenty of records during his 46-year coaching career.

This one he could live without. 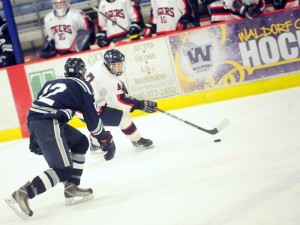 The Tigers continued its discouraging habit of allowing lopsided periods and trailed 3-0 heading into the first intermission — the team allowed four unanswered goals to Owatonna in the first period on Jan. 26 — and lost 5-1 to Rochester Century at Roy Nystrom Arena.

Nystrom said Albert Lea’s largest blemish during its six-game losing streak is its goal production. After beating Austin 10-0 on Jan. 17, the team has scored an average of 1 1/2 goals over its past six games, while allowing an average of five.

“We’re not scoring any goals, that’s for sure,” said Nystrom, who’s flirted with six-game losing streaks before, going 0-5 to start his first three seasons in Albert Lea. “In the first period we had quite a few real good chances, and we come out of there behind 3-0.

“That’s been the story all year long. We’ve had at least one period where we bury ourselves and it’s no different tonight.” 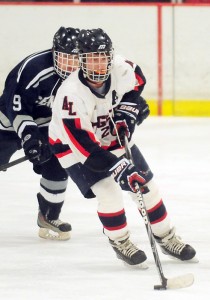 The Panthers’ Dalton Travis, who notched a hat trick during the third period, scored the game’s first goal five minutes and 38 seconds after face off. Senior captain Blake Heroff scored the Panthers’ second goal, and Travis netted his second and the team’s third with 1:55 left in the opening period.

Despite allowing three goals, the Tigers outshot Century 10-6 in the first period and had two shots ricochet off the goal posts, but were outshot 24-10 over the rest of the game, including 14-3 in the third.

Century’s Tyler Iverson gave the Panthers a four-goal lead in the second, and Travis scored his hat-trick goal at 5:47 in the third.

Albert Lea’s Larry Olson spoiled Century’s shutout and scored the Tigers’ lone goal on a 5 on 3 advantage with 20 seconds remaining the game.

Olson’s goal was the Tigers’ only power-play goal in six chances.

“Our power play is nonexistent,” Nystrom said. “We make a lot of passes right to their guys, and when you have a man-advantage you should be passing to the guy that’s not covered. That’s what’s frustrating about it.

“You’ve got to have a little skill on the power play, and we’re still looking for it.”

The Tigers’ five consecutive in-conference losses have come to teams with a combined Big Nine winning percentage of .723. Albert Lea fell victim to Rochester John Marshall, Owatonna, Rochester Mayo, Mankato West and Century during that stretch, and to No. 11-ranked Rochester Lourdes on Feb. 2.

On paper, the Tigers will receive a break in its schedule over its final three games of the season as its opponents 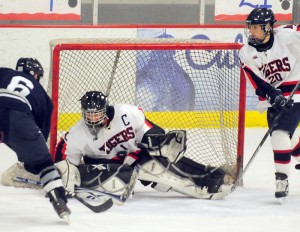 Nystrom said he’s not taking any team for granted.

“I don’t look at any of these games ahead as an easy stretch,” he said. “Not the way we’re playing.”

With the start of the Section 1A Tournament just two weeks away, Nystrom didn’t have a clear answer on how to end his longest losing streak in more than 4 1/2 decades.

“That’s a good question,” he said, when asked what his team needs to do between now and the postseason to find success. “If I knew the answer we wouldn’t be six down. We’ve just got to keep working hard and make good decisions when we’re on the rink.”