Jack, a beanstalk and students 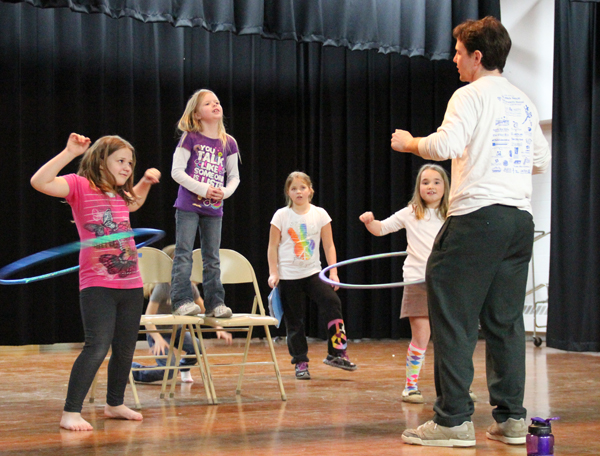 Prairie Fire Children’s Theatre is back in Albert Lea, and Sibley Elementary School students will perform “Jack and the Beanstalk” after a week’s worth of hard work.

About 42 students from Sibley’s fourth- and fifth-grade and Southwest Middle Schools’ sixth-grade will help put on the show Friday evening and Saturday morning.

“Most kids who do it go out the next year, too,” Lorna Berg said.

Berg recently retired from Sibley but still likes to help out with the event. Berg said there are twice as many fourth-graders who auditioned for the play because kids tell their friends how much fun they had performing.

“Kids will convince their friends because they say it’s so fun,” Berg said.

Auditions were Monday evening, and students starting reading through the first act that evening. There were practices after school on Tuesday, Wednesday and there will be one tonight as well.

Prairie Fire Children’s Theatre is a touring theater company based in Barrett, a small town in west central Minnesota. Throughout the year the touring company sends two professional actors or directors to a community for one week. Local children fill in the roles and the touring company provides everything else.

“It’s a good first experience for students who are new to theater,” Berg said.

“Jack and the Beanstalk” follows Jack trying to save his village, and he meets many characters along the way. The cast includes Jack, his friend Jesse, villagers, birds, trolls and more. The touring company does a variety of original musical adaptations of classic tales.