A 29-year-old Albert Lea man has been charged with burglary in the third degree, fleeing an officer in a motor vehicle and theft after Albert Lea police arrested him on suspicion of breaking into Northstar Powersports & Marine last Friday. 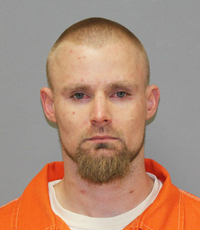 A 2008 Yamaha Nytro was missing from a line of snowmobiles at the store, which the officers estimate is worth about $4,000. Another snowmobile, a 2007 Yamaha Apex, was found crashed into a fence on the property, according to court documents.

Officers also found a broken window to the building. Spy brand sunglasses were missing, and a cash drawer had been emptied of paper money with change still remaining.

Around 6:30 a.m. the stolen snowmobile was found abandoned near 1019 Neale St. Officers tracked a single set of footprints to 119 Morningside Road. Johnson was arrested on unrelated warrants.

A search warrant was obtained and a search was done of the residence where officials found sunglasses, valued at around $600 total, matching those that were missing from Northstar and $120 in cash, along with a jacket that matched the description of the one officers had seen the snowmobile driver wearing.

Investigators believe he traveled to Northstar on a bicycle.