Funeral services for Richard (Dick) Kath, 79, of Manchester, will be held at 2 p.m. Friday at West Freeborn Lutheran Church. The Rev. Dennis Frank will officiate. Interment will be at West Freeborn Cemetery. Visitation will be from 4 to 7 p.m. Thursday at Bayview/Freeborn Funeral Home and one hour prior to the service at the church. To sign the guest book, go to www.bayviewfuneral.com. 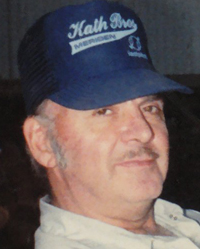 Richard Stewart Kath was born Dec. 18, 1932, in Blooming Grove Township, Waseca County, the son of Fred and Rose (Lockrem) Kath. As a young man he worked for neighboring farmers to help out the family. He pursued many ventures including stock car racing and golden glove boxing. On Oct. 20, 1951, he married Joanne Fette in West Concord. To this union Bruce, Debra, Renee and Cheryl were born. They were later divorced. In 1957 he moved his family to the San Diego, Calif., area. There he worked at a gym and then as a landscaper. In 1961 he moved his family back to Minnesota and opened Dick’s Blacksmithing in Manchester. For more than 45 years he was known as the blacksmith that could fix or make most anything. On July 30, 1988, he married Barbara (Hanson) Haukoos at Trinity Lutheran Church in Albert Lea. He was an avid fan of the Vikings football team, loved fishing and playing his guitar. Dick was a past member and chief of the Manchester Fire Department and a member of West Freeborn Lutheran Church. He was a hard working, honest man who will be dearly missed by many.

Richard was preceded in death by his parents; brothers: Harold Kath and Gordon Kath; and niece, Heidi Berg.