Rolling into a rematch 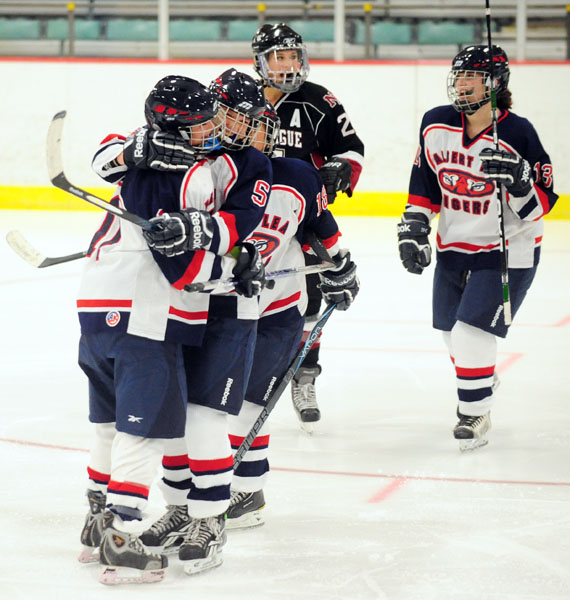 Albert Lea girls’ hockey players celebrate a goal in their season opener against New Prague at Roy Nystrom Arena. The Tigers went 4-5-1 over its final 10 games this season after starting 1-14 and face Northfield tonight at 7:30 p.m. -- Andrew Dyrdal/Albert Lea Tribune

The Albert Lea girls’ hockey team, fresh off a 3-2 upset of 11th-ranked Mankato East, opens the Section 1A Tournament at 7:30 p.m. tonight at Northfield. 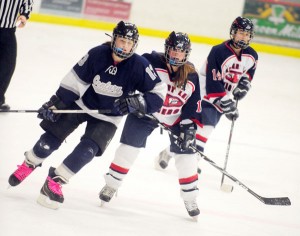 The Raiders are currently on a five-game losing streak.

The Tigers’ season was much different than the Raiders’, as it began 1-14 but finished 4-5-1 over its final 10 games.

The Tigers were 2-6 against section opponents and Northfield was 4-4. The Raiders were 3-0 against Big Nine Conference opponents with wins over Albert Lea, Faribault and Austin. The Tigers were 5-12-1 in the Big Nine.

The Raiders outshot the Tigers 37-17 in the teams’ lone matchup this season, and Northfield scored three third-period goals to break a 1-1 tie.

Anna Anderson scored the only goal for the Tigers, which averaged 1.8 goals this season and allowed 4.7, the most in the Big Nine.

Northfield averaged 2.6 goals this season and allowed 4.2, and two goals each from Annie Pumper and Laine Fischer in the win over Albert Lea.