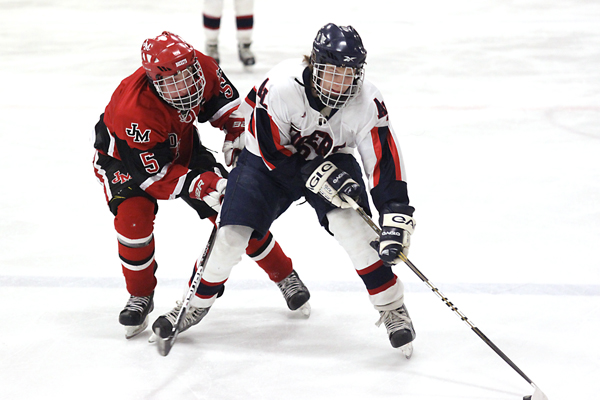 The Albert Lea boys’ hockey team lost to Rochester John Marshall on Tuesday for the second time this season, 5-2 at Roy Nystrom Arena. 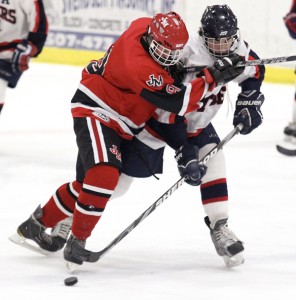 “I tell you, it makes a big difference,” Nystrom said. “It seems like every game that we play, we’re playing teams that have got a lot more depth, a lot more skill maybe and certainly more strength than us.”

Nystrom was hoping for a win against the Rockets so Albert Lea could have the fifth seed in sections over Mankato West.

“I thought we could probably get that seed over West because we split with them during the year and some of the scores of the teams that we’ve played and that they’ve played, we had better outings against.”

The seedings will be decided on Sunday.

Nystrom said even though it was a loss, the Tigers played better than when they last played John Marshall. In January, the Tigers lost 4-1 and Nystrom estimates they were outshot 42-18.

“Now that’s getting kicked,” he said.

“So it’s not like they rode us out of town,” Nystrom said.

Six minutes into the first period, John Marshall scored on a power play. With 8:01 remaining, Andrew Thompson scored for the Tigers with an assist from Auston Larson, but was sent right back 16 seconds later when the Rockets’ Kyle Andrews scored with assists from Jason Macken and Sam Broman.

Albert Lea’s Lucas Peterson scored the Tigers’ second goal during the first 30 seconds of the third period, unassisted. It was the only goal of the period.

“We had our moments,” Nystrom said. “But we couldn’t put the puck in the back of the net when we had real good opportunities and they can.”

Nystrom said he was encouraging his team to keep their heads up and stay focused.

He told them: “Let’s see if we can win that third period so we can get some momentum going into the Winona game, to know that we can play these guys.”

Being the only ones to score in the third, the Tigers ended the game with a three-point loss.

The Tigers play their final regular season game at Winona on Thursday at 7:30 p.m.