Tigersharks to send 16 swimmers to state 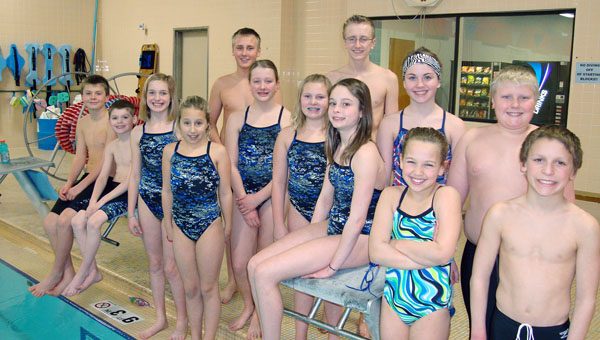 The Albert Lea Family Y Tigersharks swim team qualified 16 swimmers on Jan. 28 to the state meet to be held at the University of Minnesota Aquatic Center in Minneapolis.

The Tigersharks hosted the section meet at the Family Y and had 23 swimmers compete for a spot at state, which will be held on Sunday.

Out of more than a total of 260 swimmers, the top three placewinners in each event qualified for the state meet, as did the next four best times from all four sections throughout Minnesota.

The Tigersharks will be competing in 29 individual events and five relays at the next level.

“It’s a really impressive number of qualifiers for being, by far, from the smallest team of the five teams competing at sections,” said Tigersharks director Andrea Simon.

The Tigersharks received top seeds in five events heading into the state meet.

The Tigersharks earned second seeds in three events and top-eight seeds in 21 events.

Andrea Simon said the team has been practicing and competing since October.